We girls are obsessed with bigger bags. I know this. Being a designer handbag authenticator, I get questions about the authenticity of big sized Louis Vuitton monogram bags people found online all the time. Louis Vuitton Monogram Artsy bag has only been around for a couple of years. Owners of this style are probably still in love with their new bags so there aren’t a lot of pre – owned Louis Vuitton Artsy bag available for sale as yet. If you seen this one on eBay, in as new condition with a picture of the “original receipt” asking just over $1,100, will you check its authenticity toughly? I hope you do.

Potential buyer of this bag was sure it is an authentic Louis Vuitton Artsy bag, only not happy about the fact that it has the picture of the receipt on the listing but seller won’t send this receipt together with the bag to winning bidder. It was mentioned on the listing that the bags was purchased in UK in March 2010 “as per receipt… Pictures give best description of all.” Below are some  pictures of the “Louis Vuitton Arsty Bag” from the Listing: 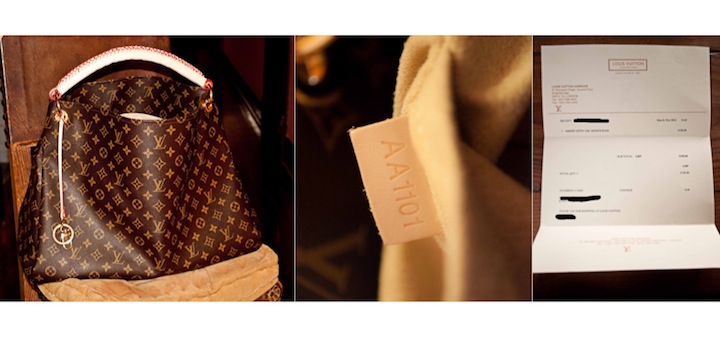 If your answer is real, look again.

Date code of the bag is AA1101 which means the bag was made in France in the first week of 2011. But wait, wasn’t it stated in the listing, the bag was bought in UK in March 2010 “as per receipt”? Is it possible the bag was sold even before it was made? You do the math. By the way real Louis Vuitton Artsy bag’s date code is actually imprinted discreetly on the lining inside the wall pocket, close to the seam, not on a little leather tab as this fake bag.

If you compare the receipt in picture with a real receipt from Louis Vuitton Stores in UK, you’ll find the receipt the pictured receipt which the seller refused to send with the bag is a lot longer than a real receipt & has slightly different layout.

Aha. Now we might know why the seller won’t release the receipt to winning bidders. If you see another expensive fake Louis Vuitton Artsy bag for sale on eBay using the same receipt, don’t be surprised. 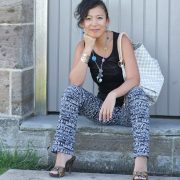