Blog
You are here: Home1 / Blog2 / Grow Better3 / Healthy Living4 / Why Having a Healthy Smile is More Important Than You Think

A healthy smile reflects more than just your oral health. In fact, our teeth and gums are a great indicator of our overall physical health. As well as examining your teeth, tongue, and gums to diagnose certain conditions, medical professionals often look to your oral health to determine whether you’re at risk of developing other health problems.

To learn just how important a healthy smile is, take a look at the ways your oral health can affect your wellbeing…

A good oral hygiene routine removes plaque from your teeth and prevents it from turning into tartar. When plaque is left on the surface of your teeth, it begins to damage the enamel and causes decay. Of course, plaque doesn’t just affect your teeth; it damages your gums too.

An early stage of gum disease, known as gingivitis, often occurs because of plaque buildup. Characterized by spongy, swollen or bleeding gums, it can quickly develop into a more severe form of gum disease if it’s left untreated.

However, the damage plaque causes doesn’t stop there. If it isn’t removed via brushing and flossing, plaque can impact your heart function too. With studies still ongoing, researchers are exploring the ways in which dental problems contribute to heart disease.

It’s possible that plaque can actually affect your heart health in two ways, which highlights the importance of practicing a good oral hygiene routine. Firstly, plaque from your mouth could migrate throughout the rest of your body and eventually cause blockages in your arteries. When your arteries are partially blocked, it prevents blood from flowing through them effectively, which means your heart and other organs won’t get the oxygen or nutrients they need to function optimally.

Secondly, the presence of plaque increases your risk of developing bacterial infections. As plaque itself contains millions of bacteria, it doesn’t take much it to get into your bloodstream. When this happens, bacteria will cause inflammation at the site of any existing damage and potentially cause infection within your body. This has been linked to increased instances of endocarditis, which is an infection of the inner lining of the heart muscle.

Due to scientific links between gum disease and heart health, taking care of your teeth and gums will do more than just prevent oral hygiene issues. By flossing and brushing regularly, you could keep your heart in tip-top condition too.

Decrease the Risk of Dementia

Many people assume that dementia is a natural part of the aging process, but this isn’t the case. Dementia is actually a degenerative condition, which means it gets progressively worse over time, but it doesn’t affect everybody, and it isn’t an inevitable part of getting older.

As researchers learn more about Alzheimer’s Disease and other forms of dementia, they have identified biological markers that indicate how and when dementia developers. When dementia occurs, it’s often because abnormal structures affect how the brain works. These structures, known as neurofibrillary tangles and amyloid plaques, prevent the nerve cells from communicating normally and cause inflammation to occur.

Although the exact way in which gum disease contributes to dementia is still being studied, numerous researchers have made the link. In addition to this, a bacterium commonly found in gum disease, Porphyromonas gingivalis, has been found in the brains of patients with Alzheimer’s disease, which may highlight why people with gum disease seem to have an increased risk of developing dementia.

Other theories purport that an excess of dental plaque causes damage to the bodies’ blood vessels, which eventually increases the number of toxic proteins in the brain, thus leading to dementia. Additionally, it is thought that the ongoing inflammation which is present when someone has gum disease causes the entire body to be more at risk of inflammation. As people with dementia typically have inflammation within the brain, anything which increases the risk of inflammation could potentially increase the risk of dementia too.

While the science behind the mechanism is still being understood, there are a variety of studies that show that people with gum disease are more likely to develop dementia. Due to this, regular brushing and route visits to the best dentist in your area are a must. By reducing plaque buildup in your mouth, there’s a good chance you could reduce your risk of developing dementia in later life too.

Diabetes can cause a wide range of symptoms but few people realize that it can affect your teeth and gums. When your blood sugar levels aren’t well-controlled, it can cause damage to numerous parts of the body, including your gums, heart, kidneys, and liver. When blood sugar levels are too high, the blood vessels in your body are damaged. This means they are unable to deliver oxygen and nutrients to the rest of your body.

When your gums don’t get the nutrients they need, the risk of an infection occurring increases. Similarly, it’s possible that bone loss could be exacerbated if the supply of nutrients isn’t sufficient. In addition to this, uncontrolled blood sugar means there can be a higher level of glucose in your saliva. Increased glucose means bacteria can multiply, which also increases the chances of an infection taking hold.

Due to this, people with diabetes have a higher risk of developing gum disease. In fact, your dentist may advise you to get checked for diabetes when they first diagnose you with gum disease. Although a good oral hygiene routine won’t be enough to manage your diabetes alone, it can certainly reduce the risk of subsequent problems occurring. When you implement a good oral hygiene routine, for example, you’re removing excess plaque, which limits the ability of bacteria to thrive in a high glucose environment.

Protect Your Body with a Healthy Smile

Oral health should never be viewed in isolation. As well as increasing the risk of some health problems, the health of our teeth and gums can also provide crucial information regarding conditions affecting other parts of our bodies. By visiting your dentist regularly and maintaining a healthy smile, you can successfully maintain your overall physical wellbeing and reduce the risk of developing health problems in the future.

3 Outdoor Activity Ideas for a Fun Weekend Away from Home

Which Health Issues Can Be Treated With Acupuncture?

Take Care Of Your Mind When Under Stress

Leading the Most Environmentally Friendly Lifestyle You Can!

Top Ways to Make Sure You Get Enough Vitamins 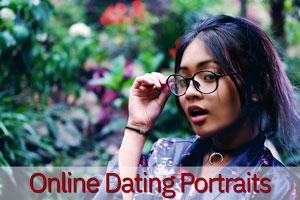 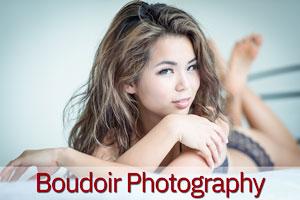 Distressing By Decluttering And Cleaning

5 Delicious Meals To Cook While in Lockdown
Scroll to top