“Do we have to walk over the Brooklyn Bridge?” J is a not a big fan of walking.
“Yes.” I replied with great enthusiasm, “It would be fun. Everyone said we must do the Brooklyn Bridge walk at least once. And the view would be amazing. We can take some nice close up photos of those cables.”

I heard about the history of Brooklyn Bridge many times. It is legendary:
The bridge’s construction took 14 years, involved 600 workers and cost $15 million (more than $320 million in today’s dollars). At least two dozen people died in the process, including its original designer whose son took over the leadership of the bridge construction. The son later suffered from caisson-disease as a result of the works on the pillars of the bridge and it was the son’s wife who eventually supervised the construction of the Brooklyn Bridge until its completion.
More than 125 years after its completion, the Brooklyn Bridge is still the world’s largest suspension bridge and one of the most famous icons of New York.

This photo was taken on a glorious, sunny day. The bridge looks majestic over the east river except for the huge pieces of white cloth hanging close to its tower.

The Brooklyn Bridge and Manhattan 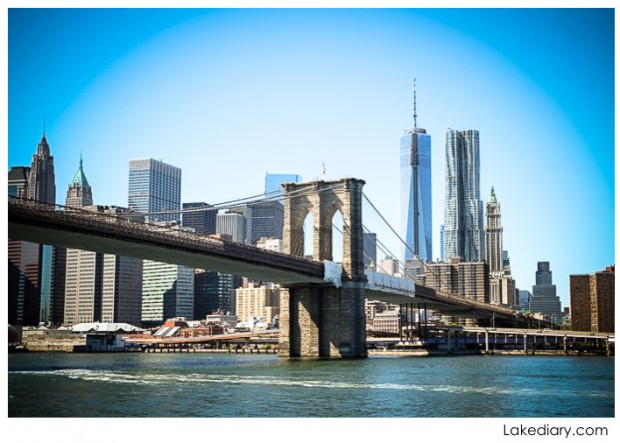 The plan was to walk over the bridge one day and take some nice sunset photos. There was only one slight problem: the sun didn’t show up on the day we took the Brooklyn Bridge walk.

Never mind that. We could just enjoy an easy stroll and the view. Right? There were dedicated pedestrian walkways on the bridge so it was safe to walk too. Vendors were selling stuff and brave tourists were taking photos with a huge snake around their necks. 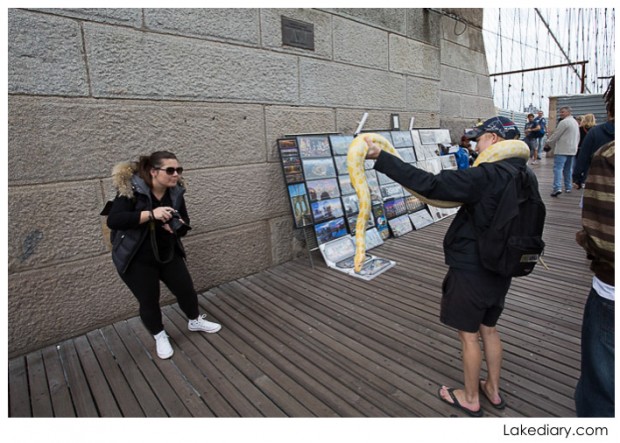 The view? Hmmm… I’ve seen better. Sorry New Yorkers. There were plastic bags and other rubbish tied on the rusted metal wires. Obviously some people felt free to write all over the poor old bridge too. 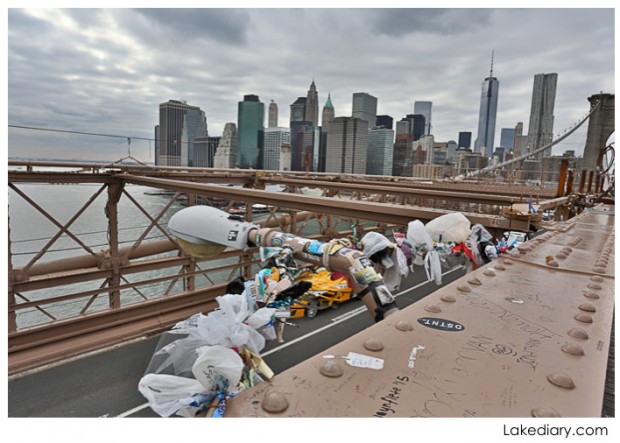 Another small section of the bridge was used to put love locks and stickers. 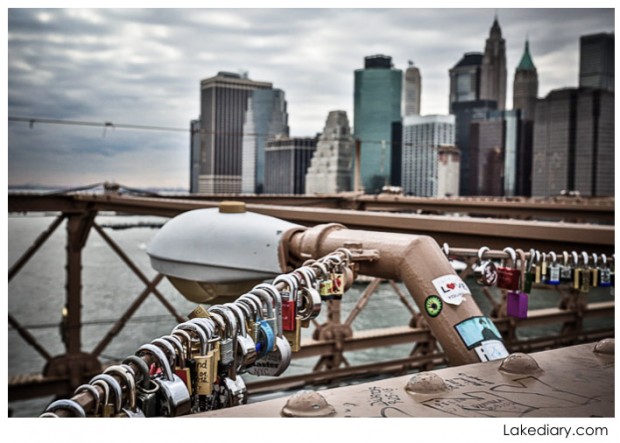 Views to the harbor were blocked due to construction and parts of the bridge were scaffold-ed. I started to feel for the Brooklyn Bridge. Repairs seemed to be long overdue. 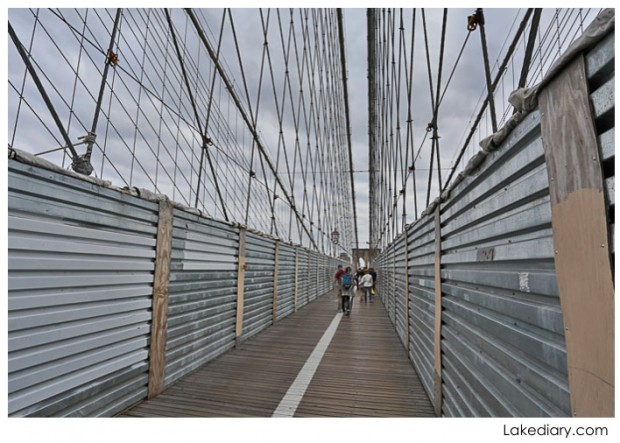 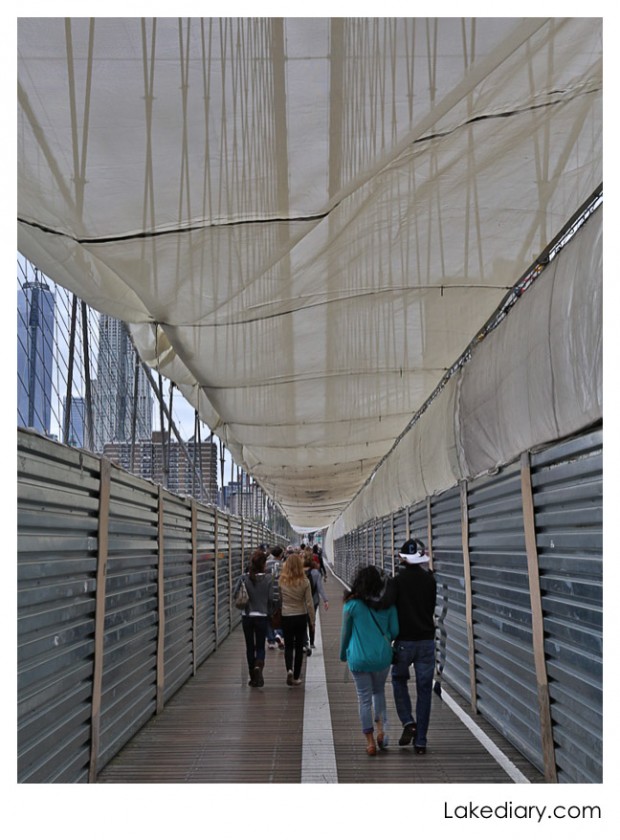 Can you feel my excitement of finally walking out of the tunnel? 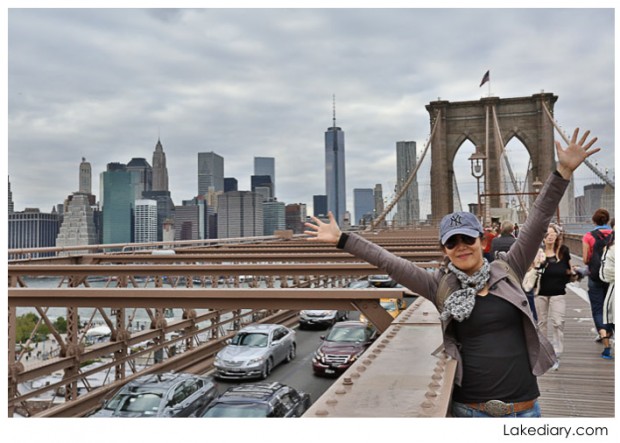 It was a cloudy Saturday afternoon. I took a photo of J taking photos on the Brooklyn Bridge and looked around. 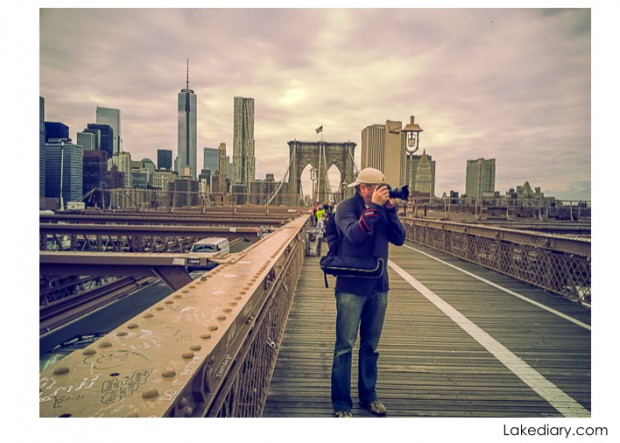 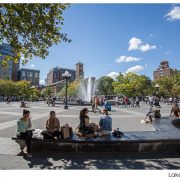 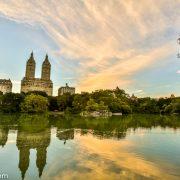 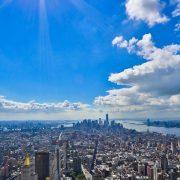 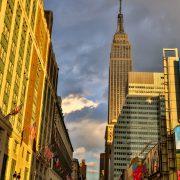