You are here: Home1 / paris 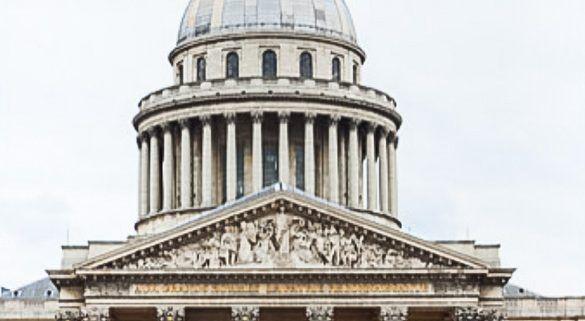 My friend recommended Latin Quarter Paris before my first trip to Pair many years ago. I was curious to find out why it’s such a fascinating area. Conveniently, my hotel located in Saint Germain is only walking distance from Latin Quarter Paris. As you can image, I fully took the advantage of my perfect location and explored the neighbourhood quite throughly and couldn’t get enough of it. What’s so special about Latin Quarter Paris? Here’s why:

Since Roman times, the Quartier Latin (Latin Quarter Pairs) has been Paris’s intellectual centre. For 700 years Latin was the language of it’s inhabitants. Hence the name Latin Quarter.

If you are a debate lover or simply bored and can speak a bit of French, you are good to go. The streets here are riddled with intellectuals, who are more than happy to spend hours talking to a complete stranger debating over a topic that is just waiting to be explored.

If debate is not your thing, don’t worry. Latin Quarter has a nice blend of awesomeness and places of interests. Also known as 5th Arrondissement, Latin quarter is the central district of Paris, and saying it has good architecture is like saying Arnold Schwarzenegger used to lift a little. Monuments and buildings here are larger than life and are sure keep even the most seasoned travellers mesmerised for hours.

Here’s a list of a few must visit places in case you only have limited time to explore this area:

Napoleon III planned this place and it is famous for it’s fountain: Davioud’s 186o sculpture of St. Michel slaying the dragon. The place St-Michel has ben a centre of activity for hundreds of year. Traditionally, celebrating students from the Ecole des Beaux-Arts go for a swim in the fountain after their annual ball. Hmmm… who knew fountain can also be a bath tub.

This is a must for book lovers of course. Not Sylvia Beach’s original, this name sake is run by George Bates Whitman. Whitman purchase part of Sylvia Beach’s library, which is housed at the top of a treacherous flight of stairs. Notice the cots located in niches around the shop? They are kind of both for sitting and sleeping. People say Whitman once in a while allows poor writers to spend a little time here until they can secure enough money to get a room elsewhere. You’ll get the offical Shakespeare & Company inscription:”Shakespeare and Co. Kilometre Zero, Paris.” stamped on each book purchased here.

At the beginning of the 3rd century a Gallo-Raman building, the Palas des Thermes stood there. Archaeologists presumed the site to be Roman baths. The baths date from between A.D. 161 and 181. Barbarians burned them down several times. About a thousand years later, Piere de Chalus, abbot of Cluny-en-Bourgogne, bought the ruins and the neighbouring land in order to build a residence for visiting abbots. The building we see today is the work of another Abbot, Jacques d’Amboise, who turned it into something of a palace. After the Revolution, the property changed hands several times, until it was finally purchase by Alexandre du Sommerard, a state official and medieval art collector. After his 1842 death, his house and its contents were sold to the state. The museum opened in 1844, with Alexandre’s son as a curator.

Today, thanks to both Sommerards, the museum houses one of the world’s greatest collections of medieval art and artifacts. You’ll find finely wrought jewellery, brilliant stained glass windows and some amazing tapestries in the museum. Most importantly, don’t miss the original Abbots’s Chapel, complete with an incredible vaulted ceiling.

It is the oldest University in France. In 1253, Robert De Sorbon, confessor of St. Louis founded the Sorbonne (with the help of the king). It was for poor students who wished to pursue theological studies. He wanted it to be a place where they could live and go to school without having to worry about money. Since then, it has seen famous teachers as St. Thomas Aquinas and Roger Bacon and such famous students as Dante, Calvin, and Longfellow.

In 1469 France’s fist printing press was set up here; during the Nazi Occupation the Sorbonne became the headquarters for the Resistance. The courtyard and galleries are open to the public. Statues of Victor Hugo and Louis Pasteur are in the Courd’Honneur.

One of Paris’s best known monuments. Built originally as a church, the Pantheon now acts as secular mausoleum the houses the remains of the most individuals in French history. The story about Pantheon’s foundation goes like this. In 1744 Louis XV fell seriously ill. He then vowed that if he recovered he’d rebuild the Ste-Genevieve abbey in the patron saint’s honour. Upon his recovering, he entrusted the job to the marquis de Marigny, who passed the responsibility to  architect Jacques-Gerain Soufflot. The original plan called for a church. But construction stopped due to financial difficulties and Soufflot’s death. After the death of an important Revolution-era, the French parliament decided the Ste-Genevieve church should be changed into a “Temple of Fame” to hold the remains of all the great men of France. 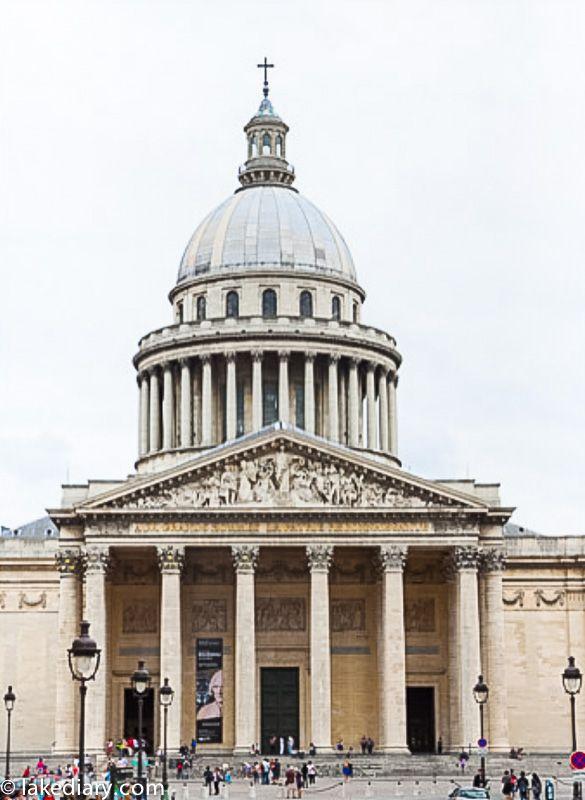 It’s not only great in its size and stature but also features amazingly beautiful and intricate Gothic architecture. Apart from housing the remains of people like Voltaire, Alexander Dumas and 2 time noble winner Marie Curie, its architecture alone draws in millions tourists from all across the globe. Before you pack your bags and head off to visit the place, be sure that your camera has enough juice and memory. Why? Because there’s going to be some serious clicking all day long

In 1626, Louis XIII began to execute a plan for a medicinal Botanical garden that Henri IV and his minister, Sully had conceived. When Louis XIV became king, his doctor traveled around the world collecting specimens an set the groundwork for the curator, Buffon. Buffon was later able to finish Henri IV’s plans. The original name was the Jardin du Roi (The King’s Garden). Some of Frances’s greatest naturalists have worked in the gardens. Today the gardens include greenhouses and a maze, cover 74 acres. From April to October, Jardin des Plantes is an amazing riot of colours and scents.

The zoo inside Jardin des Plantes is the oldest in France. The first inhabitants were just your average zebra, hartebeest and rhino. Elephants were brought here in 1795.

The park also contains the Museum of Natural History, which possesses a major collection of mineral and insects.

Constructed between 1922 and 1926. You can see the grand patio with its cedar woodwork, eucalyptus plants and gurgling fountain as you enter those buildings. On the walls of the mosque are some lovely mosaic friezes with quotations from the Koran. The prayer rooms house an incredible collection of hand woven carpets, some from the 17th century. The Institut Musulman teaches Arabic and Islamic culture.

Head down to one of Paris most ancient street, Rue Mouffefetard where the famous fresh food market are.Another of Paris’s colourful outdoor food markets, it may become one of your fondest memories of the city. This narrow, winding cobblestone street is lined with ancient shopfronts. With award winning bakeries and some of the best cheese, sausages, olives and oysters, known to mankind, this is a place you might regret not visiting. You can always take a guided tour of the place, however to get an authentic experience, just walk in and act like you belong. By the time you get out, you stomach will thank you for the best food the French has to offer.

Tired of exploring? There are plenty of cafe, bars and crepe stores in Latin Quarter Paris for you to take a short break. Feeling really hungry? There are restaurants and eateries of different cuisines. Take whatever you fancy: Italian, Vietnamese or Chinese. Wait a minute, what about French? There are lots of restaurants offering set French menus. So if you want to have more of those little slippery suckers, go for it!

More shopping? You’ve got it. Latin Quarter Paris is filled with antique shops, late opening bookstores an fashion boutiques. You’ll be spoiled with choices among international luxurious labels as well as shops full of character. 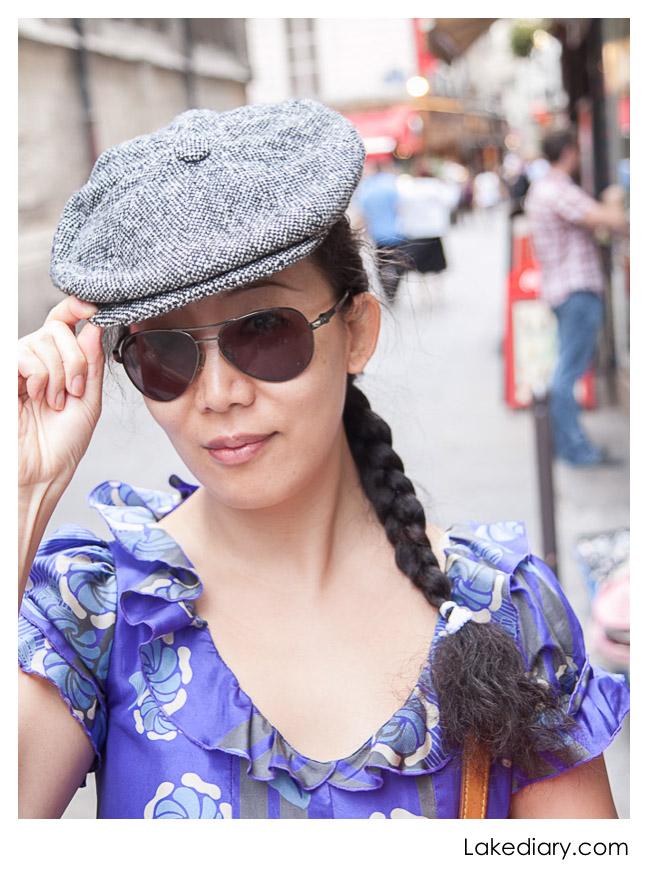 A little bit tourist shopping, Latin Quarter Paris. Because, why not?

Latin Quarter Paris has historical sites, food, shops and architecture that screams out “Paris“. Visiting this part of the capital is an absolute must for all, be it hardcore food lovers,shopaholics, architecture geeks or plain old tourists like me. 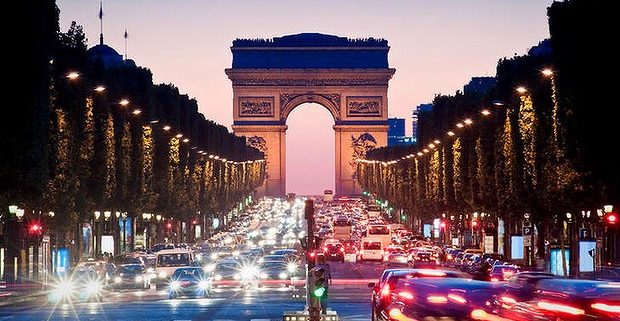 “The truth will set you free, but first it will piss you off.”
― Gloria Steinem

“Ever notice how ‘What the hell’ is always the right answer?”
― Marilyn Monroe 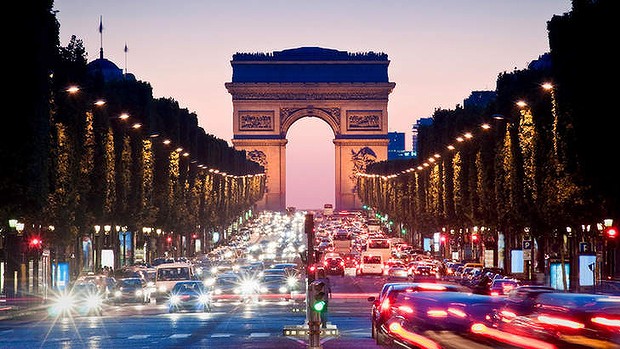 It is hard to pick which one is my favorite messenger bag, but the Louis Vuitton Hudson GM bag with adjustable long shoulder strap has proven to be superbly handy for travel and shopping hands free. 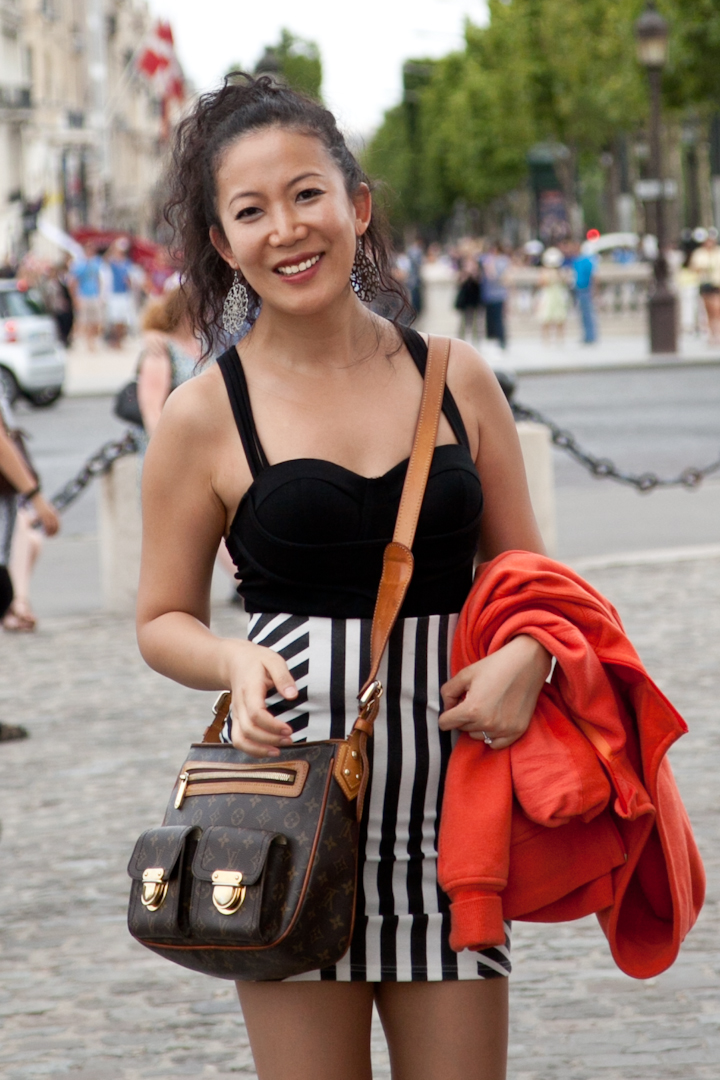 Louis Vuitton Hudson GM bag first caught my eyes simply because, it is a good-looking bag! This modern city bag offers loads of classic appeal, reminds me of Louis Vuitton Manhattan bags but smaller and less heavy. There were GM and PM models, short and long shoulder straps to choose from and I picked GM size with adjustable long shoulder strap. This GM size measures W31 x H24 x D10 cm, not that big.

I took it traveling with me for its style, size and functionality. The Louis Vuitton Hudson GM bag can be easily dressed up and down. You can wear it with dresses or jeans for dressy or casual wear. Rest assured in any cases, it’d look the part. I have smaller sized messenger bags but this time I chose my Louis Vuitton Hudson GM bag because it is not super big that can become heavy and it is big enough to hold a lot, including a tablet/ipad. I love it the most for its functionality – it has so many pockets! There are 2 front exterior pockets with golden brass press lock closure where I normally put hotel room swipe card and some change coins for convenience in one and a compact mirror, lip gloss and hair bands in another. There’s one larger zippered pocket on the front where I would keep our passports and travel tickets and documents handy.  The spacious interior is big enough to hold a large long wallet, a tablet/ipad, maps and travel books. There are 2 open wall pockets inside to keep loose items organised, one is perfect for larger mobile phones we have nowadays. Louis Vuitton Hudson GM bag with adjustable long shoulder strap is indeed a better choice. Wear it cross body, you don’t have to hold it or adjust its position on your shoulder all the time.

OK, here’s one thing I need to mention. The push locks of the front pockets make that “cling, cling” noise when you walk. It did annoy me a little bit from time to time. But hey, I’m sure it also prevented me from being pick-pocketed at busy tourist spots.

Just a few other photos where my Louis Vuitton Hudson GM bag made appearances. 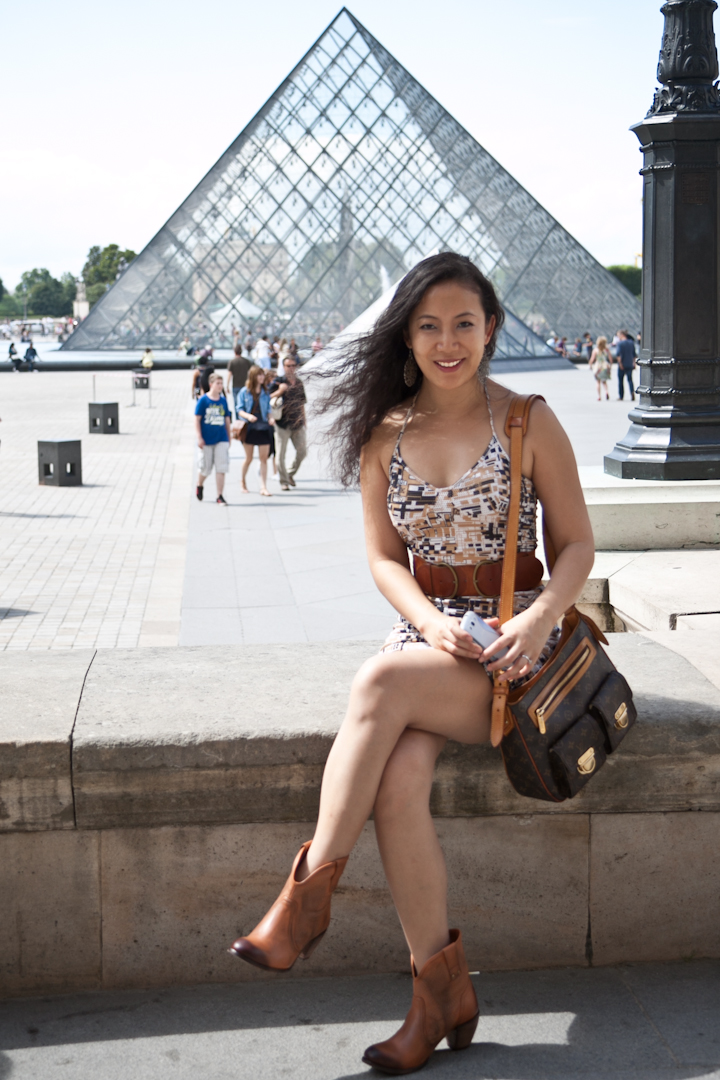 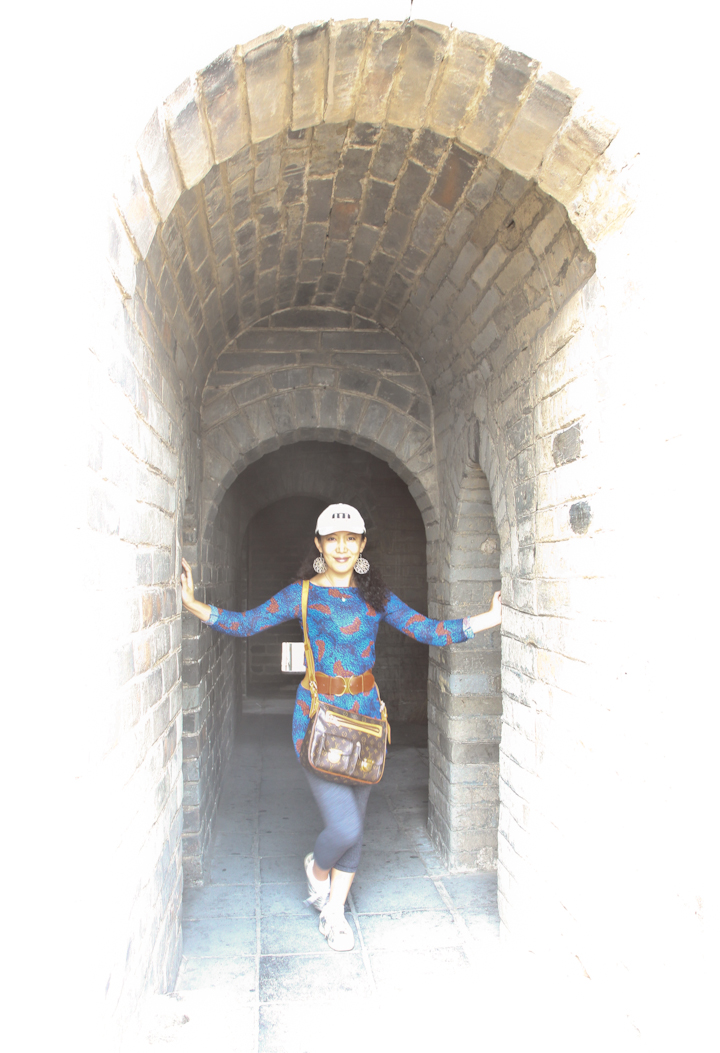