There are so many wanna-be street performers in New York City. Most of them are quite bad. Honestly. A lot of them are just plainly loud and not ashamed of demanding money from people on the streets. That’s when it becomes not so cool. That’s why I enjoyed Sydney Santa Flash Mob so much this year.

When I  got the media call about Sydney Santa Flash Mob, I immediately pictured hundreds of men dressed in Santa Claus costume with white beards, glasses and stuff in mind. Surprisingly, Sydney Santa flash mob comprises a small group of  energetic, good looking young dancers who can deliver top notch street performances. They danced from Sydney Pitt Street Shopping mall to Darling Barbour with cheerful music played and promotional presents handed out to onlookers. Everybody had a fun time.

Well done to the performers who can put a smile on people’s face. 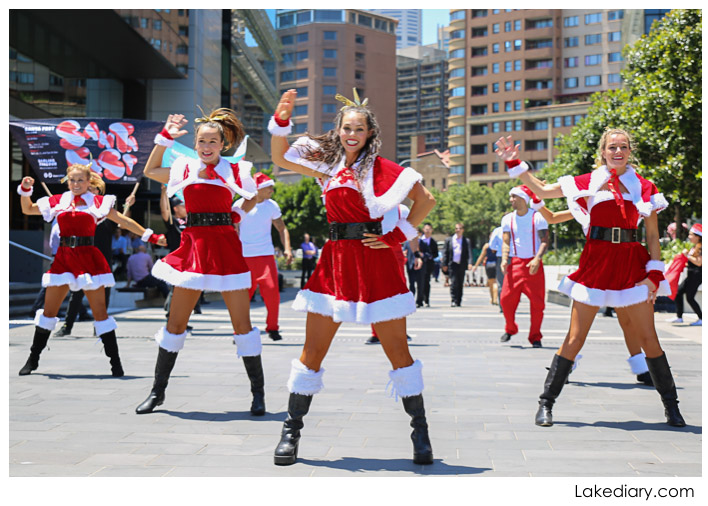 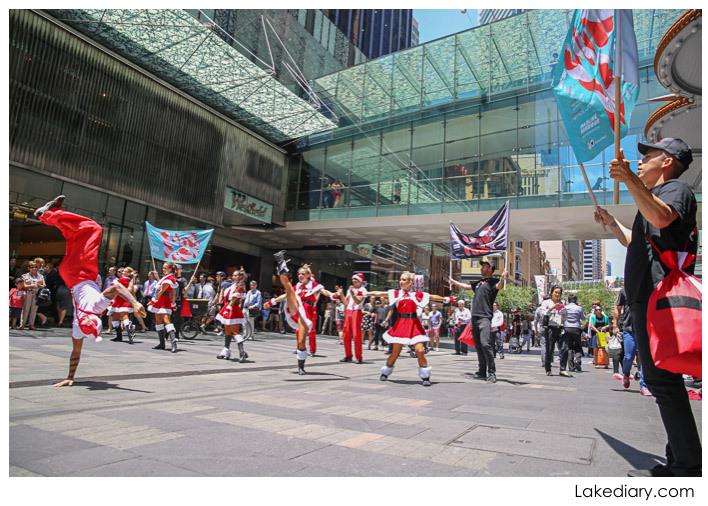 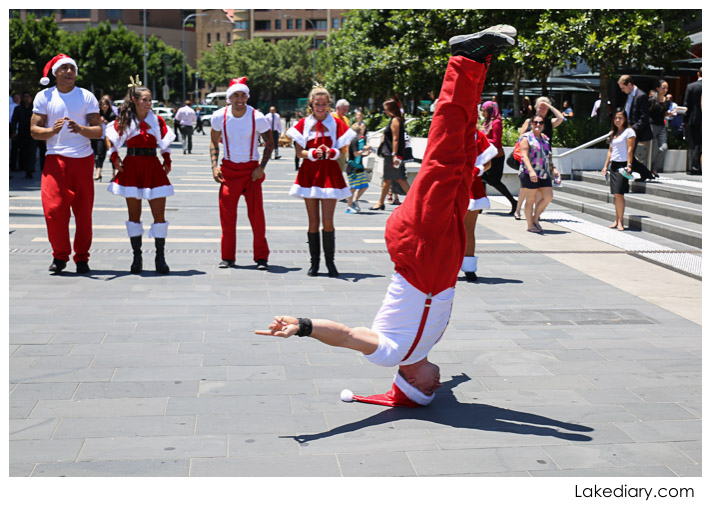 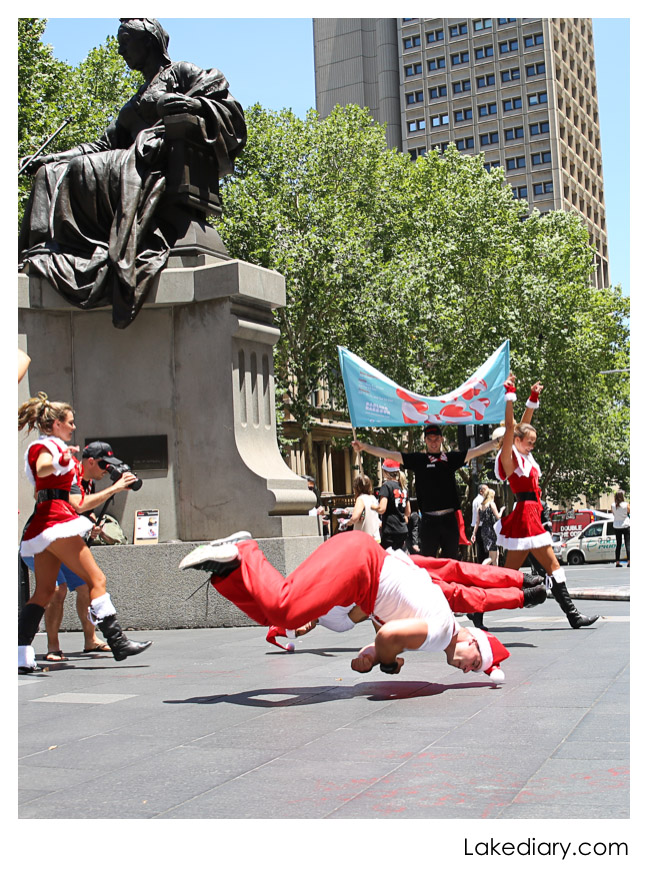 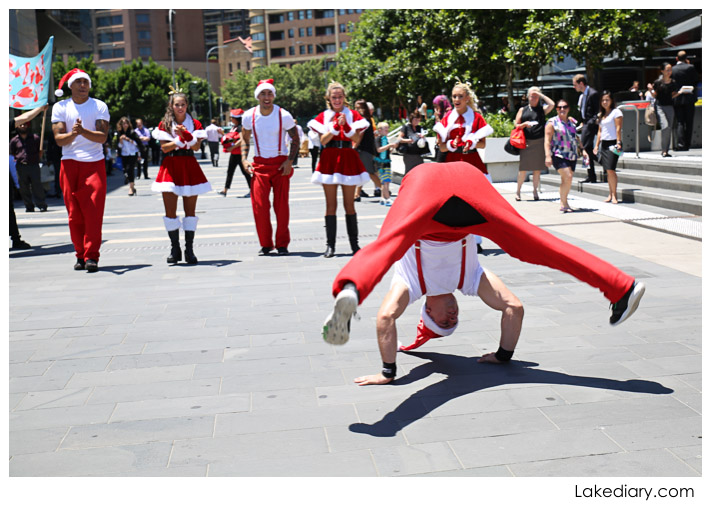 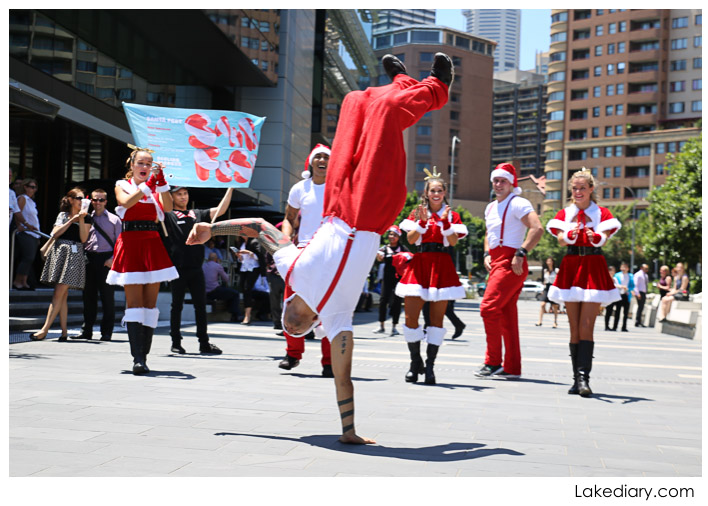 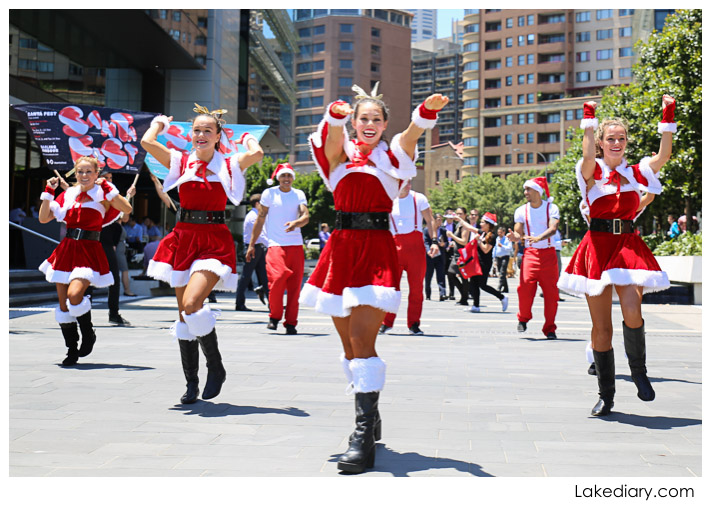