Blog - Latest News
You are here: Home1 / Travel2 / Asia3 / Kyoto Will Give You A Cultural Hit Like Nowhere Else On Earth 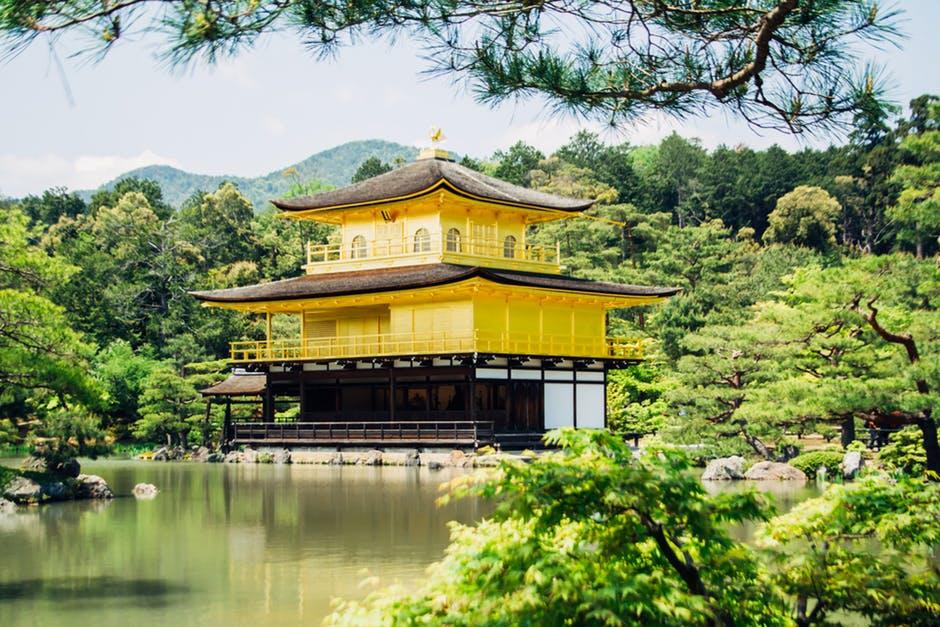 For so many people, Japan feels like a world away in absolutely every sense of the word, and at the heart of it all is Kyoto. There is just so much astounding culture that runs through the veins of this old – centuries old – city. It is just one of the most breathtaking places on earth thanks to the hidden temples, ancient palaces, religious monuments, eclectic foods and generous hospitality. In short, the culture here tends to be a gorgeous assault on the senses, never once forgetting all the amazing winter activities that can be enjoyed here too. After all, shrine after shrine isn’t everyone’s cup of tea. 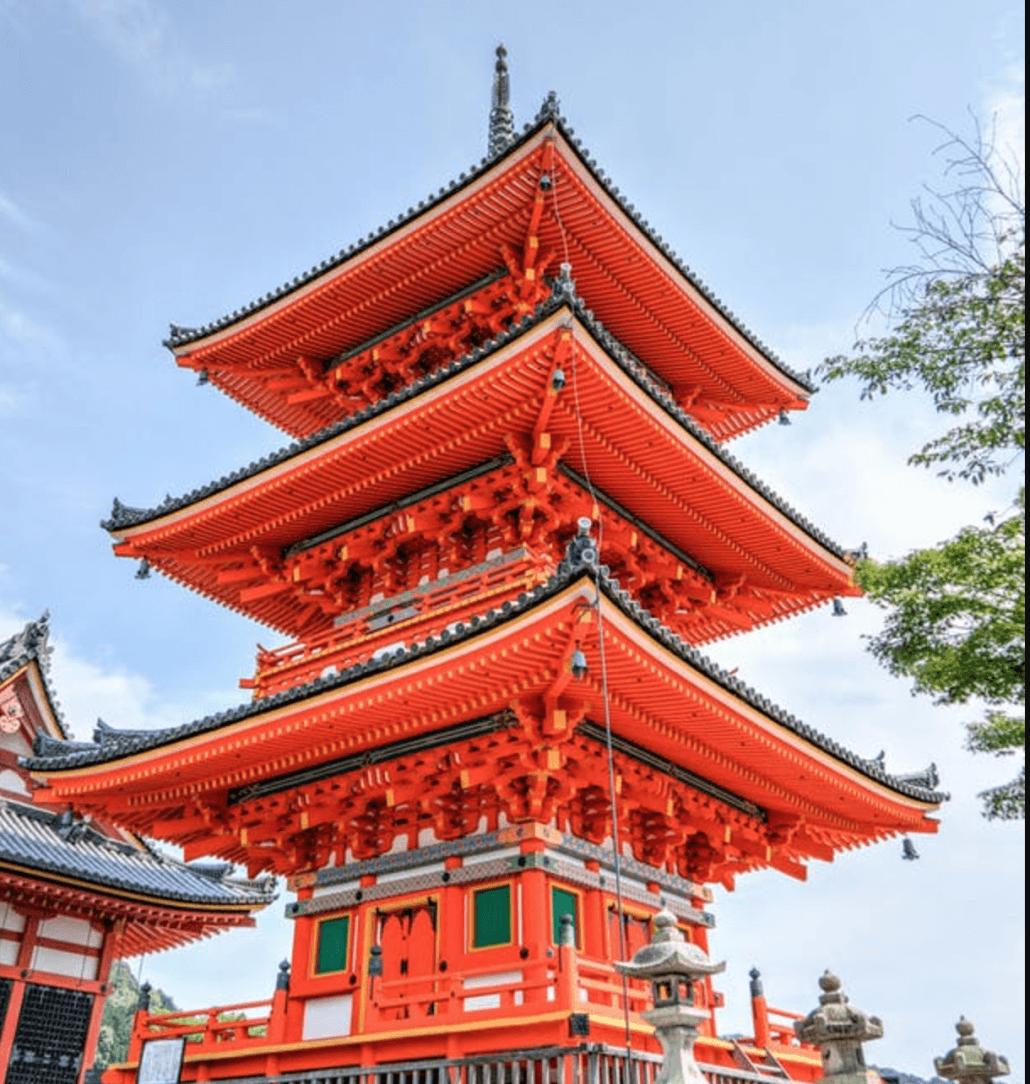 The first morning of your first day needs to look like this: get up early, watch the gorgeous sunrise paint the sky red, enjoy a mug of matcha tea to enhance your mood at the same time as calming you, and then head to Gion before too many tourists ascend on the place. It is just stunning. The history is incredible too because this is where all geishas were traditionally trained, something you can experience yourself if you fancy. Seriously. You can get the geisha makeover and walk among the Edo period streets to see exactly how they would have lived. 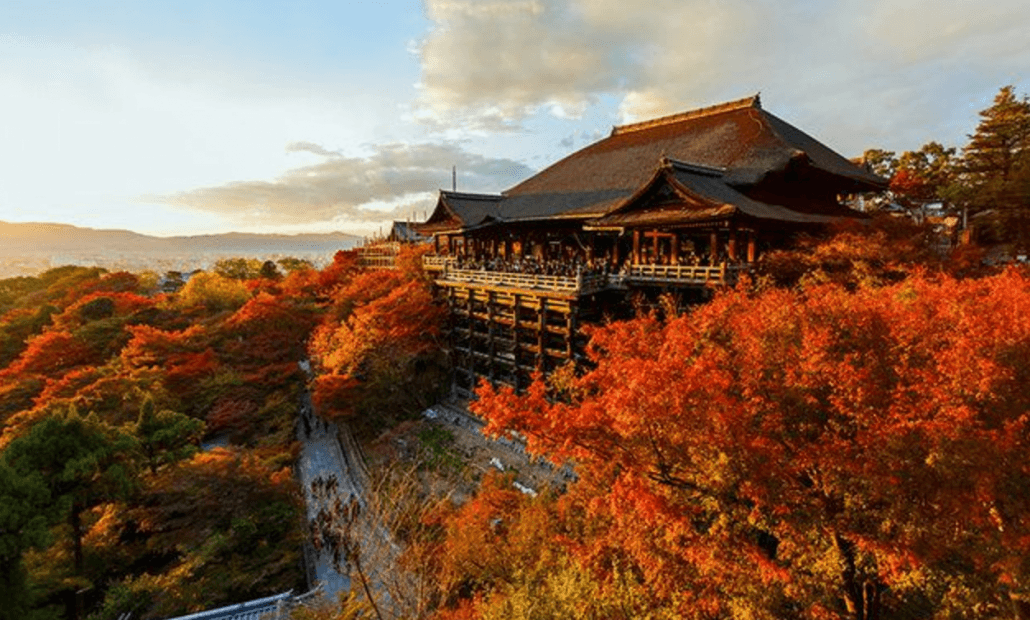 While you’re in Gion you need to climb the hill and see what is considered to be the most famous Buddhist temple in all of Japan, a temple that is seated on a mountain and almost blends in with the natural beauty surrounding it. What makes it so awe-inspiring, though, is the Sakura blossoms that shroud it, pink in spring and the color of fire in the autumn. That is one of the most amazing things about Japan, it’s distinct and vibrant seasons, all four of them, and there is no better place to experience them than from this temple, overlooking the spectacular views of the valley below. 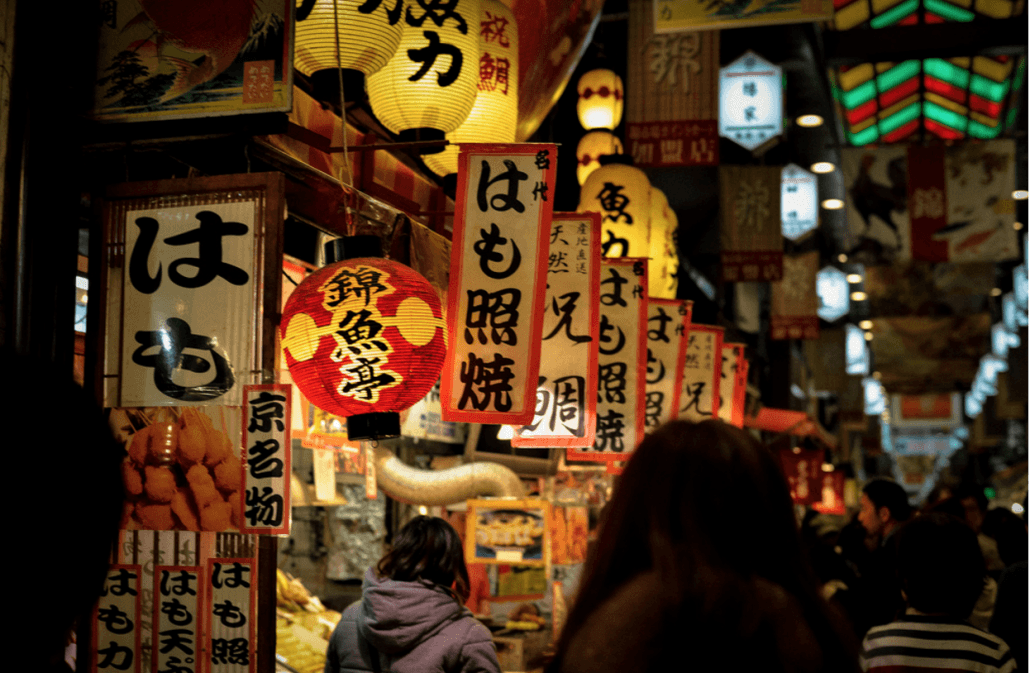 Local Taste Of The Nishiki Market

If there is one thing that Japan has it is a plethora of fine dining options that could cripple your entire spending budget in one foul swoop. That’s where the Nishiki Market becomes an absolute godsend because you can get the taste of Kyoto on a shoestring budget and with over one-hundred stalls to take your pick from. What’s even more amazing is the lack of seats. This may sound like a bad thing but with only a few tables outside each stall, you’re almost forced to experience new things, whether it be takoyaki or ramen. The authentic taste of Japan is there to be explored. 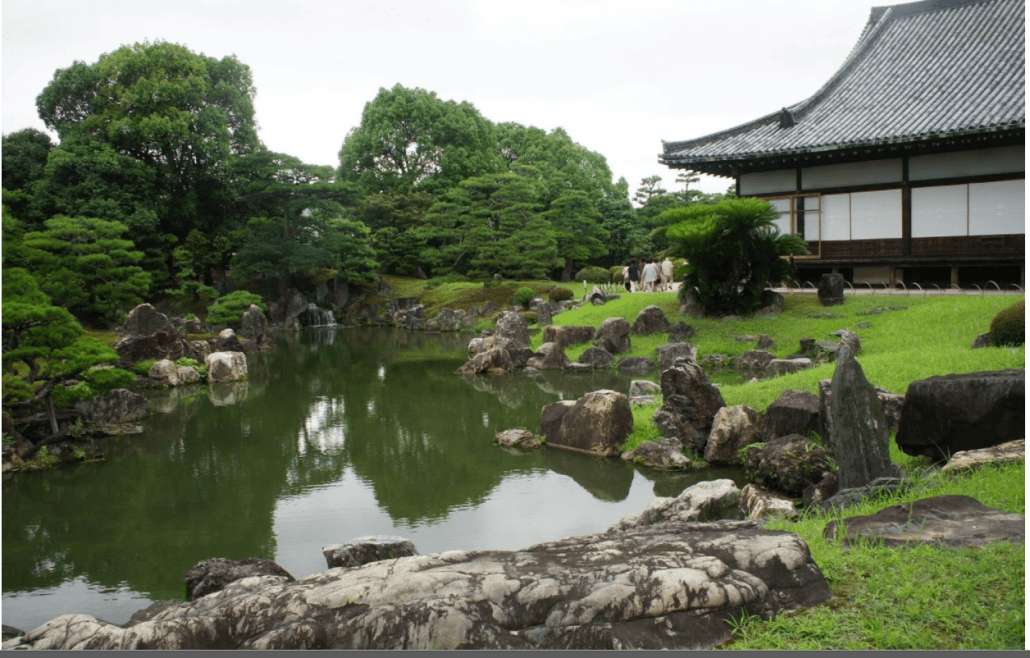 The Castle At The Centre Of It All

Bang in the center of Kyoto is the Nijo Castle which has stood there since 1626 and is a reminder of Japan’s last feudal military government. What’s most interesting, though, is that this castle isn’t how it would have looked back then, which is because it has seen huge changes over the years due to the rise and fall of governments. Expansions and ruins have all taken its toll on this gorgeous building. However, the interior is still a preserved relic of how it would have been when first built, so if that is what you were hoping to hear then, voila, your ears can smile. 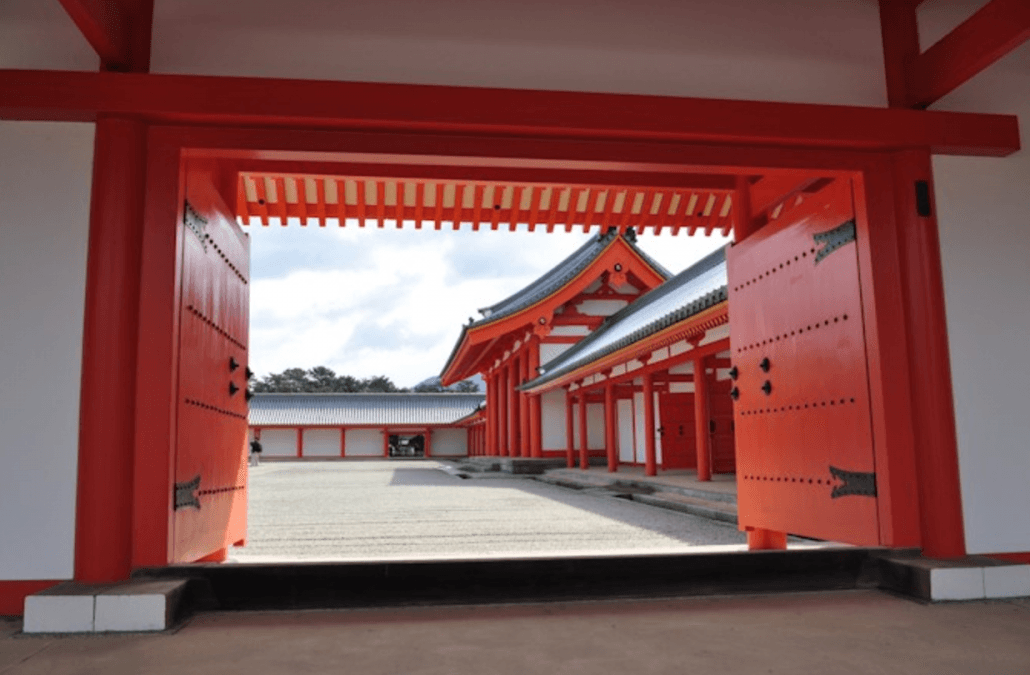 For over 1100 years, this palace has remained in the Japanese Imperial family. It is one of those places where the history is almost tangible, and that has been somewhat cherished by the way in which they limit the public’s access. You see, only when the Imperial park is open can you access the walled part of the palace, from which you must then join a guided tour of the palace offered by the one and only Imperial Household Agency. These experts enthuse everything there is to know about this place, from the rich as rich culture to the staggering history, all of which makes up the magnificence of this former royal residence. If you miss a tour, don’t despair too much, because there is plenty of breathtaking to be enjoyed within the park grounds, including the ponds, lakes, shrines, and gardens. 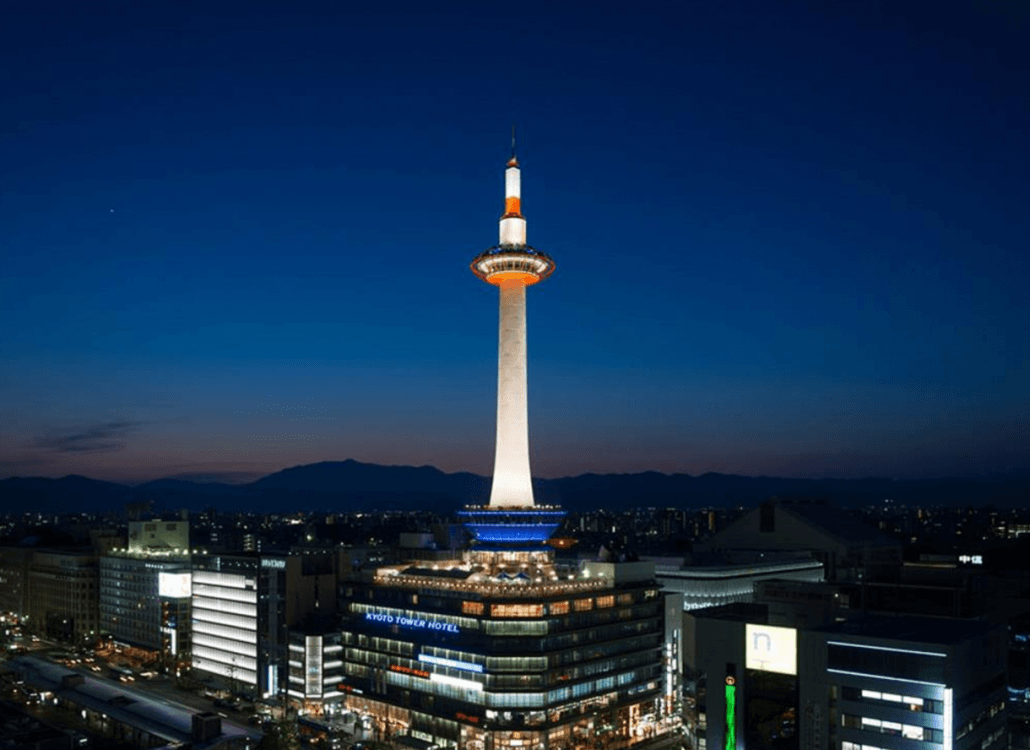 The Tower Of Contrast

That is not by any means its official title. No. It is called the Kyoto Tower, but what it does offer is a stark contrast from the historical and cultural atmosphere that Kyoto is known for. Standing on top of a nine-story building, this all glass and steel structure stands proudly over the city, stretching up and over 130 meters high. That’s what makes the view from the observation tower so mesmeric. You can see it all, from the Kyoto railway station below you to the downtown district, and the mountains in both the east and west; the Higashiyama and Arashiyama. This is Kyoto from the sky.