Blog - Latest News
You are here: Home1 / Travel2 / Europe3 / Hike in the Stunning Beauty of the Malvern Hills

The Malvern Hills are the most renowned and internationally famous travel destination in central England. Whilst perhaps not being the same as a trip away to locations in Australia, or other popular European travel destinations, Malvern has a cultural history, a celebrated past, and amazing hiking opportunities. It is well known that the composer Edward Elgar famously came up with his Pomp and Circumstance (Land of Hope and Glory) here, inspired by the countryside and the peaks of the Malvern hills. 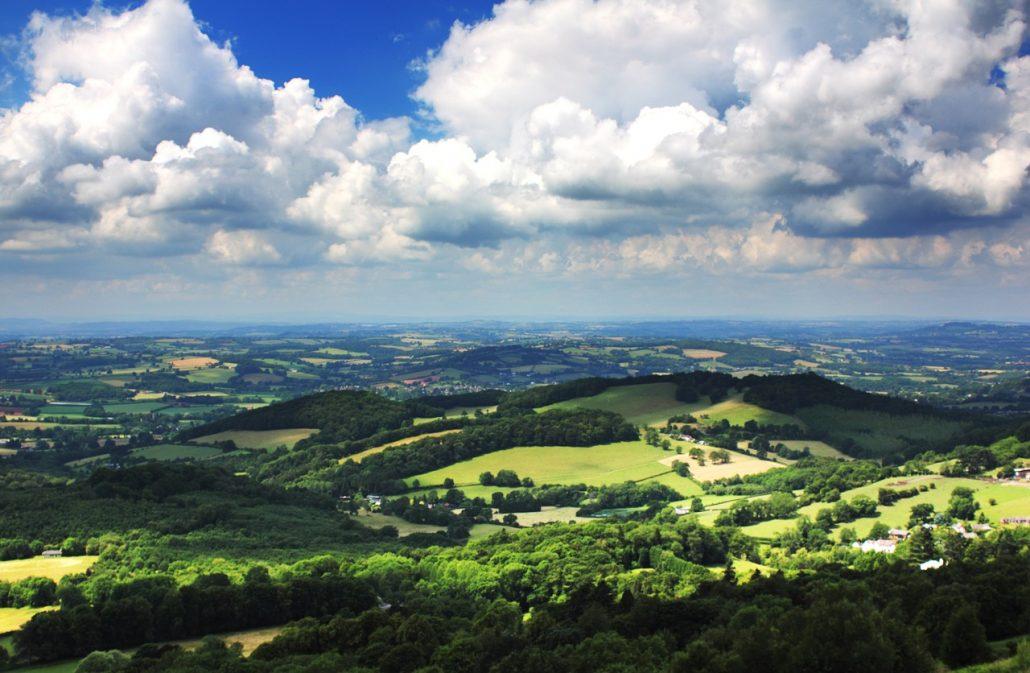 The Malvern Hills End to End

The Malvern Hills have been designated a Biological and Geological site of special scientific interest, as well as an area of outstanding natural beauty which stretch around 13km from north to south, rising and falling across the vast flatness that surrounds them on either side. The highest peak, the Worcestershire Beacon that reaches 425 metres (1,394ft) is a popular hiking destination. The region boasts leisurely, intermediate and some quite steep routes, so hiking sticks to steady your feet are recommended here. The hills are also particularly famous for their natural springs, with springs cropping up at many places set into the hills.

Another common hike is the walk from end to end, inbetween the villages of Great Malvern and Colwall, and is easily short enough for a strong day’s hiking, but many split it into two, stopping at the various and plentiful sites along the way. The pubs and country shops (an especially quaint and picturesque one being the hidden Saint Ann’s Well) sell local produce and detours into the town of Great Malvern can be made easily across the route. A final destination for the walk, (or one that is often walked in its own right) is the hill known as British Camp, the name referring to the remains of a Bronze Age hill fort that ripples down the hillside. At the top there are views to the north and south, with both the Cotswolds, and the Brecon beacons visible in the distance. On stormy days, the peak has an ancient feeling to it, the force of the winds often amplified by the folds of the hill, and people take cover within the safety of the mounds.

Walking the route, there are woods to pass through, springs to stop at, quarries, lakes and reservoirs to view. The Malvern Hills Trust lists a number of these. Gullet Quarry is well known for its steep face and the depth of its water, where many people congregate in the summer or walk around for the view and the wildlife in other seasons. There are many stories about Gullet Quarry, and its location close to the market town of Ledbury, close to the Malvern Hills, means that it can be visited easily. There the town hall, the Victorian facades of the buildings and the many cafes and independent shops are visibly close to the hills, alongside other walking routes of Dogwood or The Conigree.

The Wytch Cutting is another well known and dramatic destination along the course of the hills. Close to the Worcestershire beacon, the roads rise to cut through the hills themselves, passing through a rock face at one of their peaks. Here, set into the rock are a number of small pubs and hotels with undeniably beautiful views, the ability to sit out in pub gardens with a view only usually reached at the peak of many of the other hills.

The Malvern Hills are definitely a world renowned site, on a par with many locations around Europe and at the heart of England make a day out that can be both child friendly, or more challenging, with culture sites and beautiful views that see people returning year after year.

Plan A Food And History Weekend In Malaga

Finding The Life Of The Party In Australia
Scroll to top