Truth to be told, I wasn’t familiar with what Helpmann Awards are all about at all before shooting red carpet arrivals of the 2013 Helpmann Awards held in the Sydney Opera House. Luckily, Google is your best friend. Thanks to old wikipedia, this is what I gathered: The Helpmann Awards, named in honour of Sir Robert Helpmann and to commemorate his memory and achievements, were established in 2001 to recognise, celebrate and promote our live performance industry, similar to the Tony Awards on Broadway and the Olivier Awards in London. They are presented by ALP annually in Australia.

It was a fine Monday on 29th July but turned out to be a very long night, for my liking. So many people you have probably never heard of or seen before walked on the red carpet and I happened to have taken the wrong flash for the event. Without a camera flash, I didn’t take the max amount of photos but it was great fun to watch everyone posting for the cameras in their most presentable frocks. Everybody walked on the red carpet that night had the opportunity to shine like a star.

For the women’s formal wear of the night, I noticed:

Without talking too much in details, let’s  have a look what people wore on the Helpmann award red carpet, shall we? 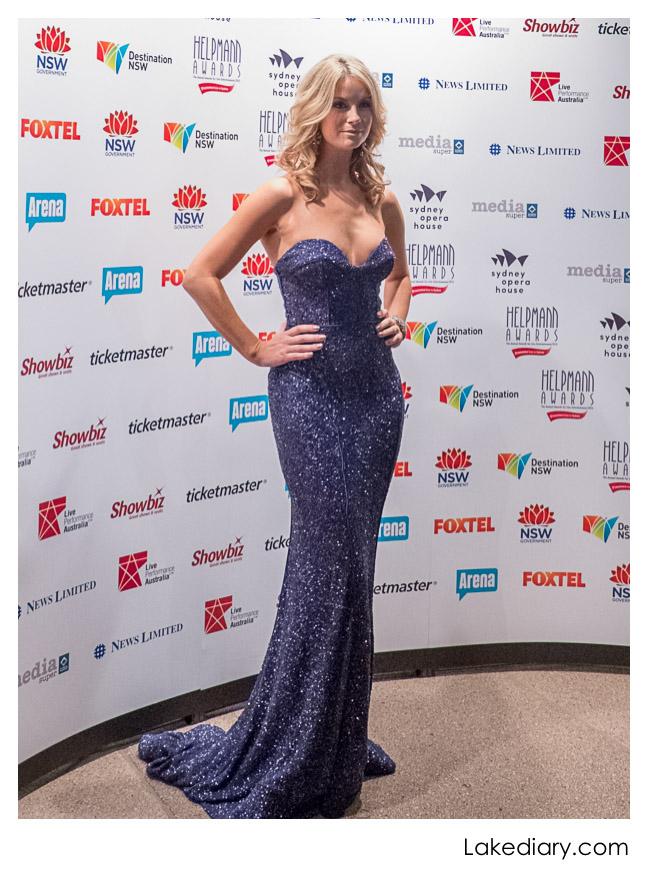 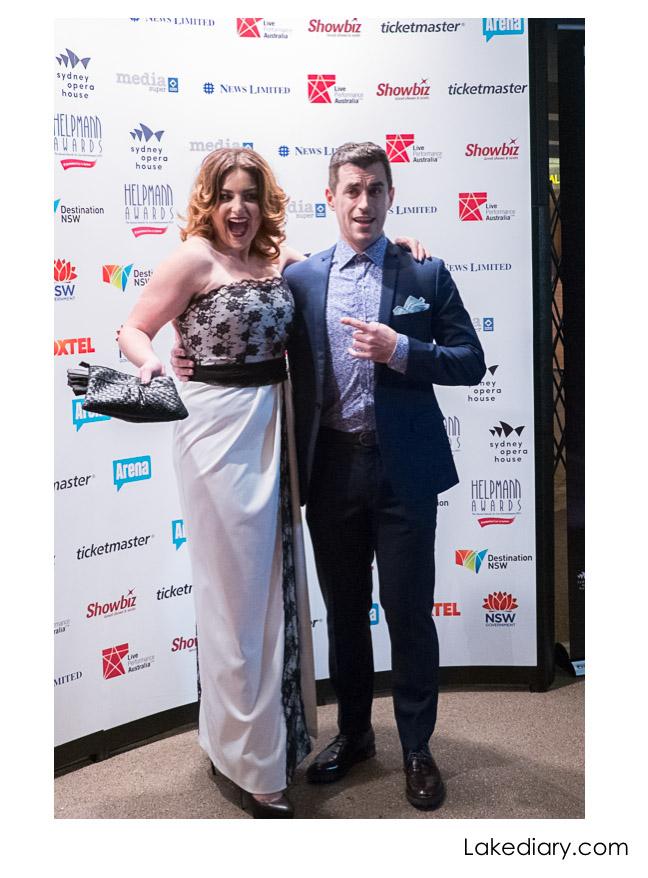 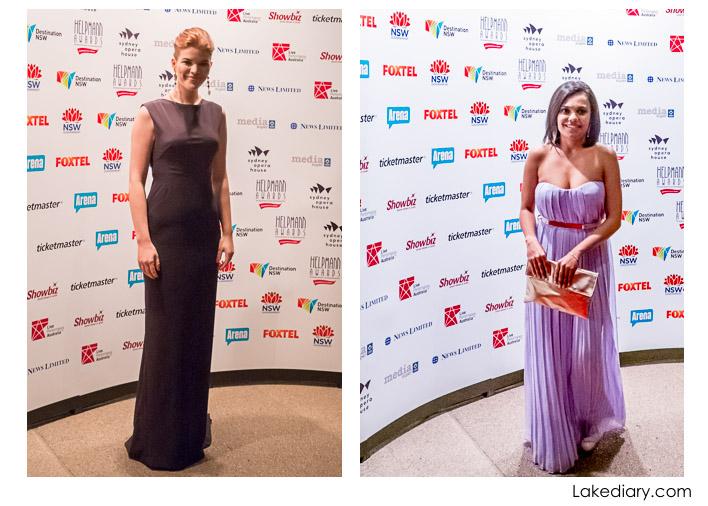 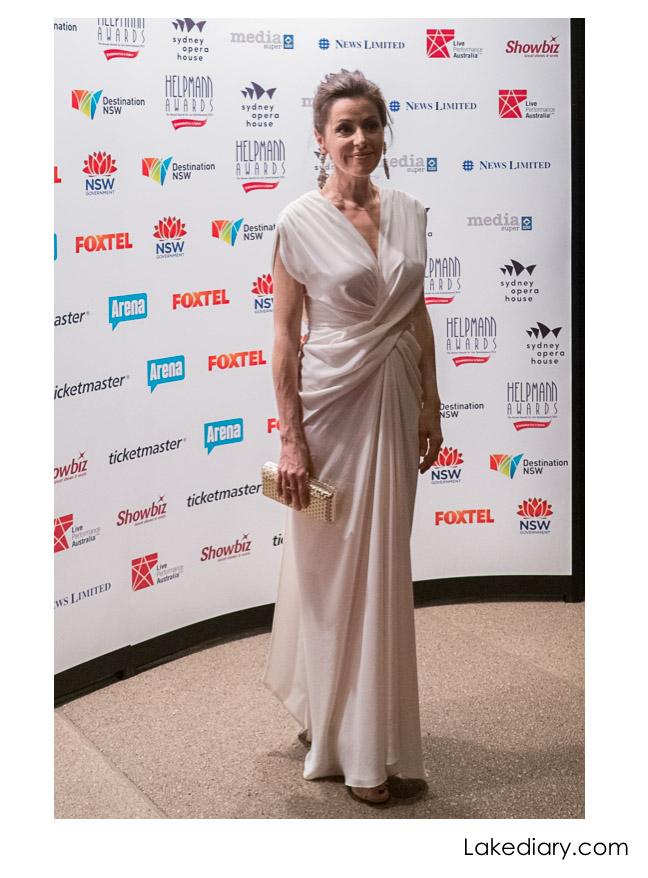 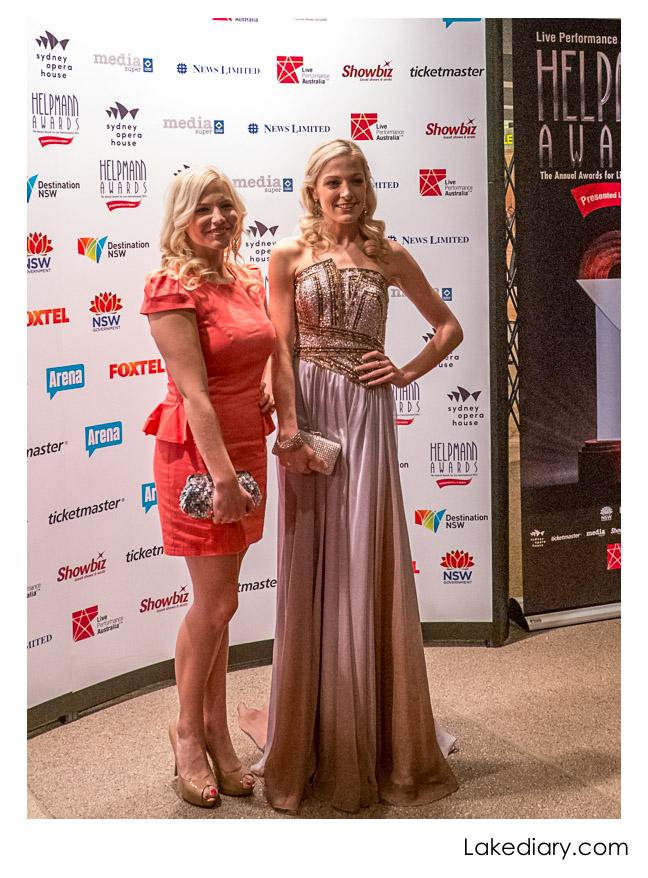 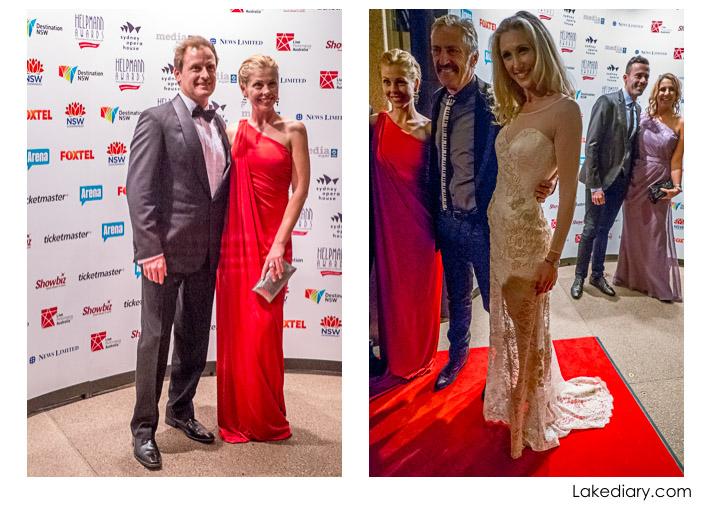 This mustard maxi dress showed up twice on the red carpet of 2013 Helpmann Awards.

Love the color and style but it seems like we Aussies have very limited fashion choices. 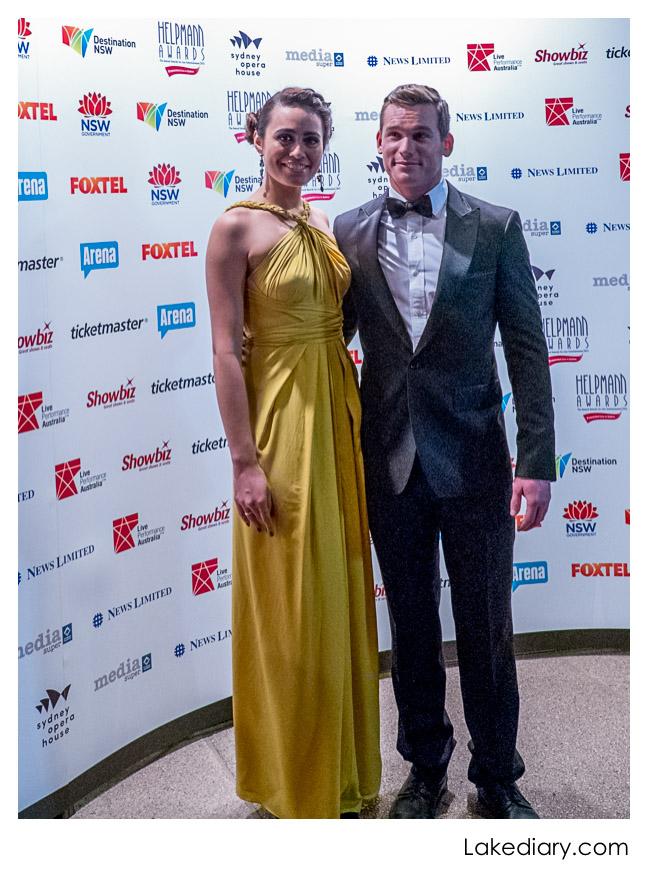 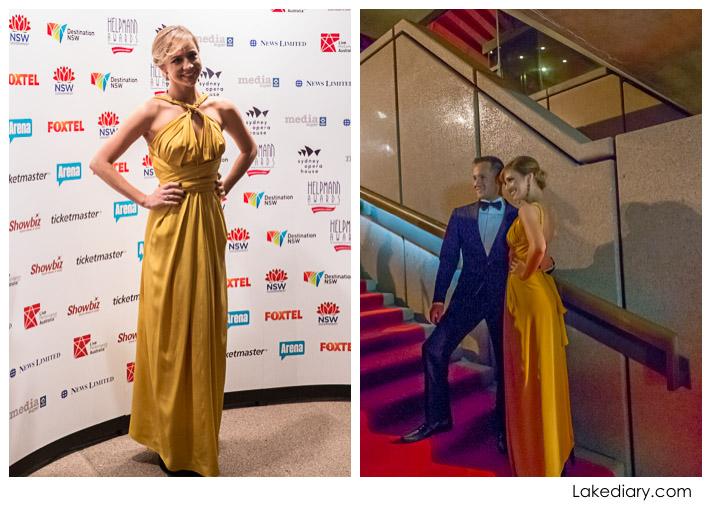 Sarah Murdoch arrived in a knee length, fitted dress with cut outs around the waist and shoulder area. Standing out from the crowd, she looked sharp yet feminine. 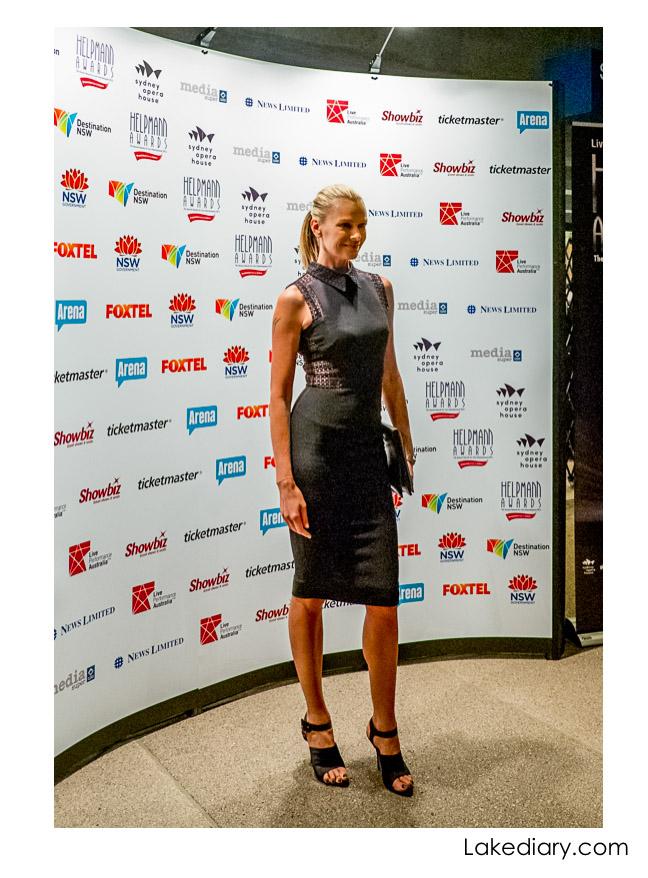 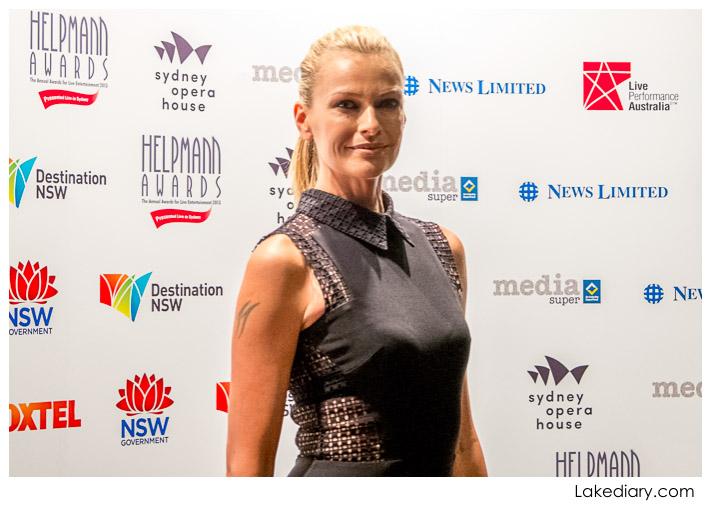 Elizabeth Debicki (from The Great Gatsby) posed in her usually cool, hand in the pocket red carpet style. Dressed in a black one piece suit, she was the only female appeared in trousers. Talking about unique, have you noticed her shoes? How clever, they must be so much more comfortable than traditional high heels. BTW what do you think of the look the shoes… Yah or nah? 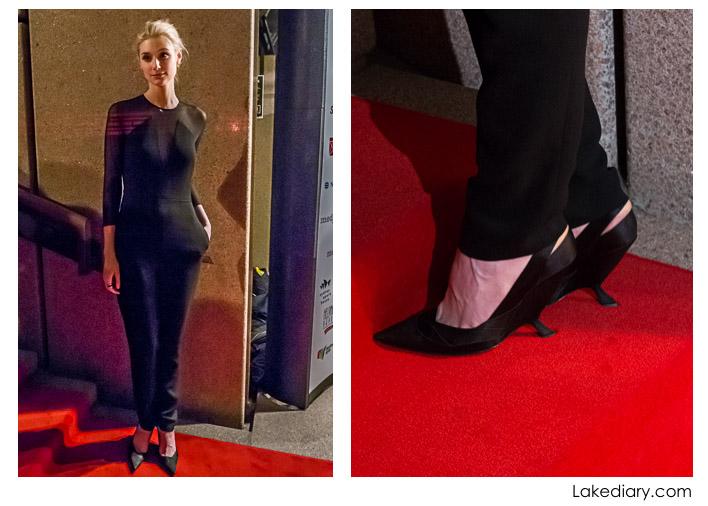 Carrying on with shoes, I coudn’t help but notice The Great Gatsby director Baz Luhrmann’s shinny shoes. They sparkled even without my camera flash. 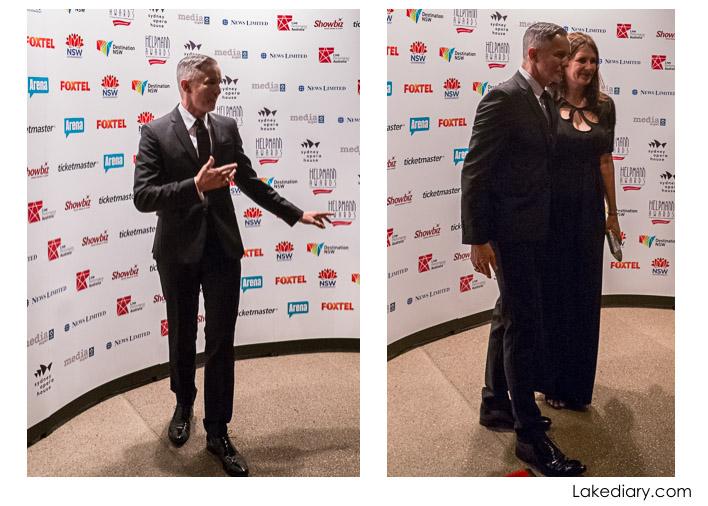 My favorite dress of the night belongs to Lucy Durack (actress in the musical Legally Blond The Musical). Equiped with a winner’s dress, she went on to win the 2013 Helpmann award for ‘best Female Actor in A Musical’ that night. 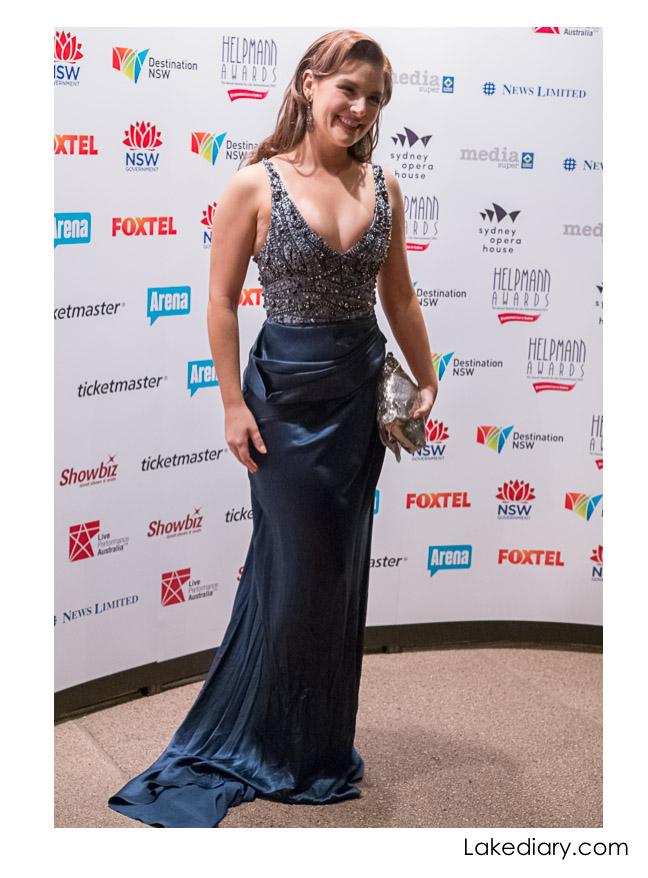 Of course there were cute and colorful moments on the 2013 Helpman Awards red carpet that didn’t require a outstanding dress. 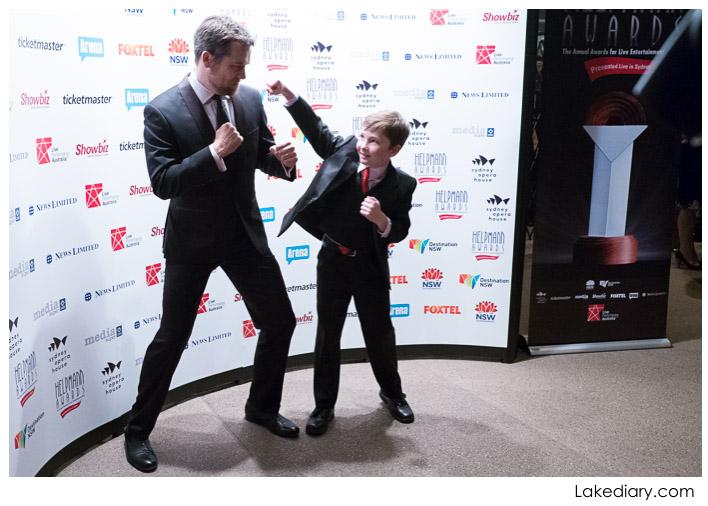 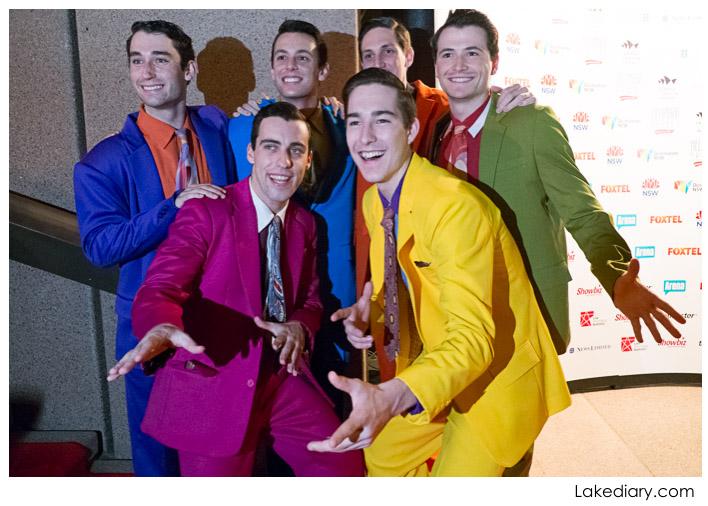 Next year around, I’ll surely know much more about Helpman adwards. And bring a good flash for the camera.