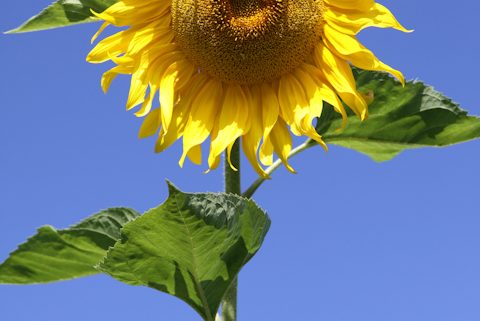 I’ve always been drawn to the bold colours, somewhat childish charm and honest simplicity of Van Gogh’s artwork. Visiting Van Gogh Museum was of course on the top of my list during this trip to Amsterdam. 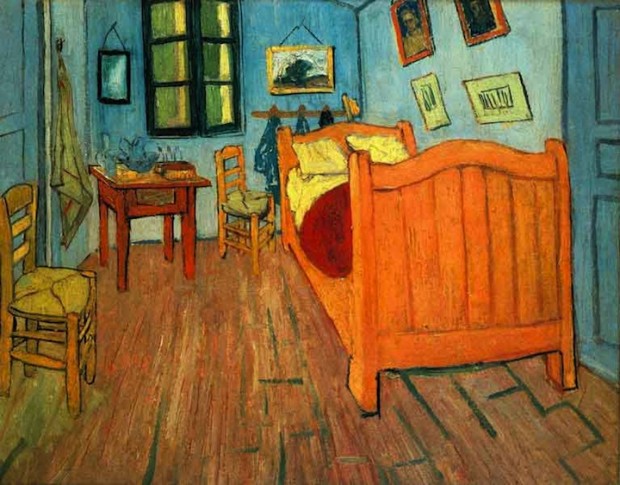 Getting to Van Gogh Museum wasn’t difficult but the queue in front of the museum was scarily long. That’s normal. People queue for 1 hour to buy a ticket to get in the museum on a weekday usually. Lucky for us, we saved that hour by chance. There’s Diamond Museum on the other side of the street, literally opposite to Van Gogh Museum. Being a girl, I wanted to check out what they have. It turns out to be nothing special (Buckingham palace has bigger, extraordinarily sparkling and more diamonds for you to see) so within 5 minutes, we were on the way out. Next to exit, I spotted a sign: skip the line to Van Gogh Museum; buy ticket here for the same price. We bought the tickets there, walked towards the door next to the long queue with nobody in front of us, showed our tickets to the guard and there we were, inside the Van Gogh museum immediately. 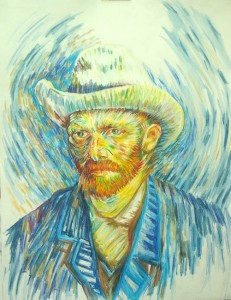 “I put my heart and soul into my work and have lost my mind in the process.” Van Gogh

Security check was required and no photograph was allowed in the museum. We spent a good few hours in the museum, totally forgot about the time. Going through the entire amazing collection of his original work, I gained so much insight into Van Gogh’s rather short life, professional growth and personal emotions behind his artwork. To date, I am still deeply saddened by his lifelong struggle. Pardon me. I always thought Van Gogh might be a little obsessed with himself since he created so many self-portraits. As a matter of fact, I learnt, it was because it cost him nothing to paint himself. Although he was unable to pay for models, he was determined to master the art of portraiture as he thought this might earn him some money in the future.

How Van Gogh became an artist later in his life and rose to fame after death fascinated me. Indeed, these are 3 key ingredients to success: talent, consistently hard work and effective marketing campaign. Vincent Van Gogh’s brother Theo suggested that Vincent might train as an artist after his failure in previous careers.  At that time, Vincent was 27 years old. His life as an artist lasted only 10 years. Without a doubt, he was talented, not only in painting but also in expressing himself, through his artwork and large amount of letters. How hard did he study and work in those 10 years! Approximately 1,100 drawings and almost 900 paintings were produced. Sadly he only lived to the age of 37. Theo died 6 months after his death. Theo’s young widow Jo van Gogh-Boner shared the ambition of Theo who was determined to establish Vincent’s reputation, was convinced of the importance of Van Gogh’s art. She administered Van Gogh collection on behalf of her young son with drive and passion, oranised exhibitions to gain publicity for the works, sold paintings to art dealer and prepared the first Dutch edition of Vincent and Theo’s correspondence (published in 1914). I couldn’t help but wonder: without his letters being published, would people get to know Van Gogh’s personal struggles and emotions expressed in his artwork so well? Without Jo’s full commitment in marketing Van Gogh’s work, would many people in the world even know his name or appreciate his work this much? I used to dislike sales and marketing staff’s arrogant comments that they make money for the company and they are the most important part of the company. Thinking back, the attitude is still arrogant but maybe after all, there’s some truth in it. 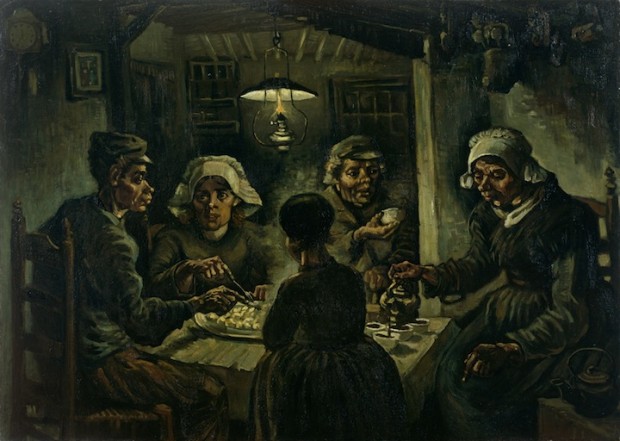 On the way out, we told people waiting in the long queue outside Van Gogh museum that they could buy tickets just across the road in Diamond museum and get in the Van Gogh museum straight away. A mother and her daughter confirmed the direction with me, happily left the queue. Other people stayed where they were, staring at us suspiciously. I smiled politely and walked away. Most people would just follow the majority and I totally get it. It’s easier that way. 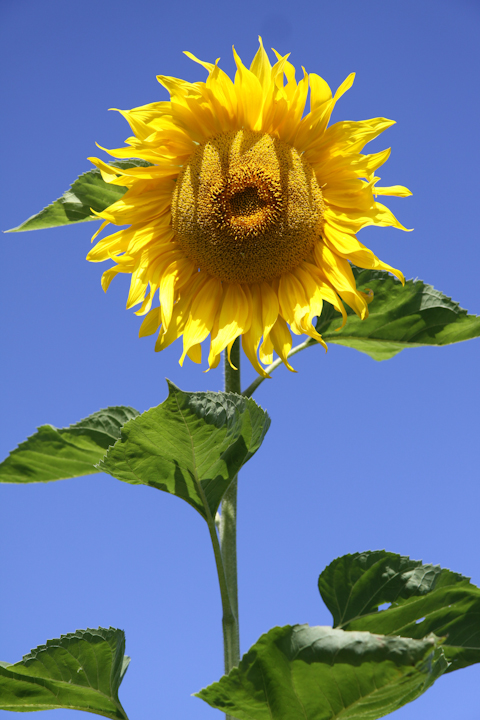 Check out this Sunflower!!! – You are right, this is no Van Gogh. J took this photo in his mum’s garden:)