Tag Archive for: The House of the Seven Gables

You are here: Home1 / The House of the Seven Gables

Salem is picturesque and rich in history. There’ll be plenty to do and explore but if you only have 1 day to spare, here’s how to enjoy Salem in one day! 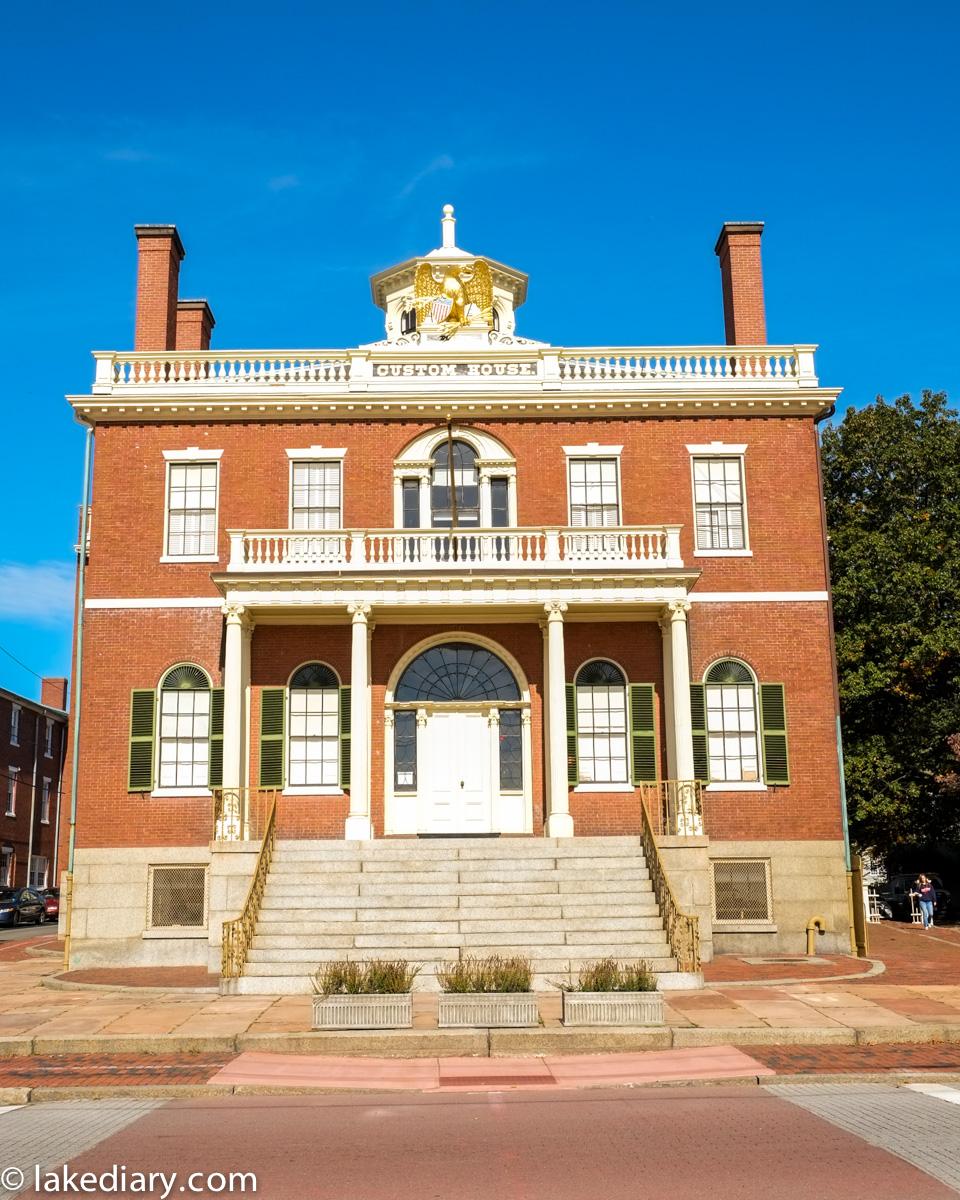 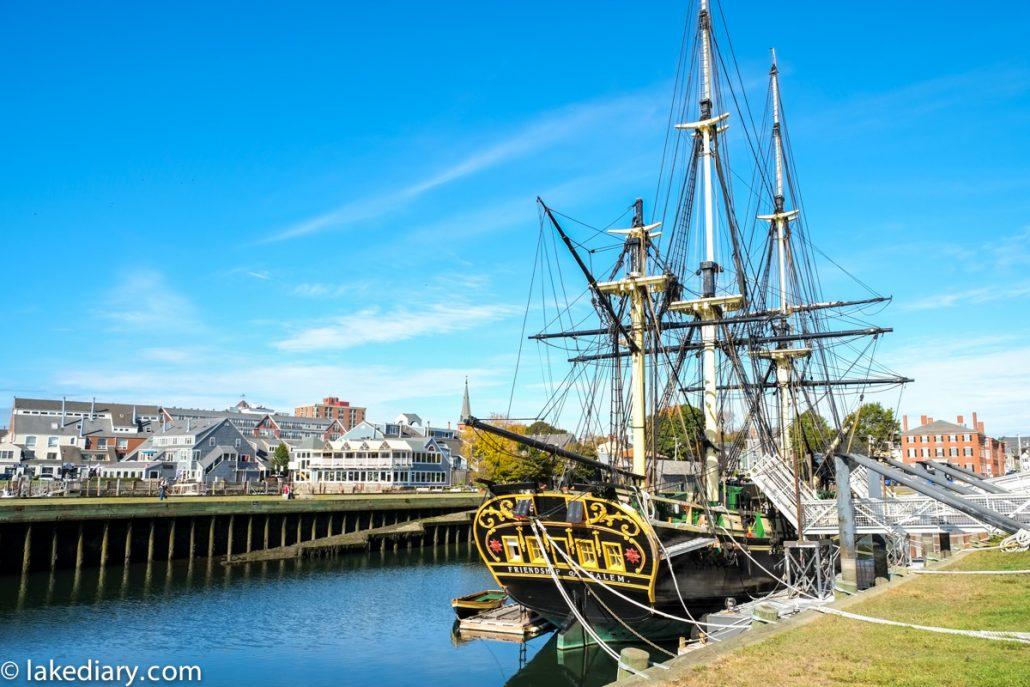 Enjoy the sight of this handsome tall-ship. Friendship of Salem is a full-size, fully operational replica of Friendship, a cargo ship build in Salem in 1797 for international trade. Today, it sails to nearby ports, helping to bring the region’s maritime heritage to life. 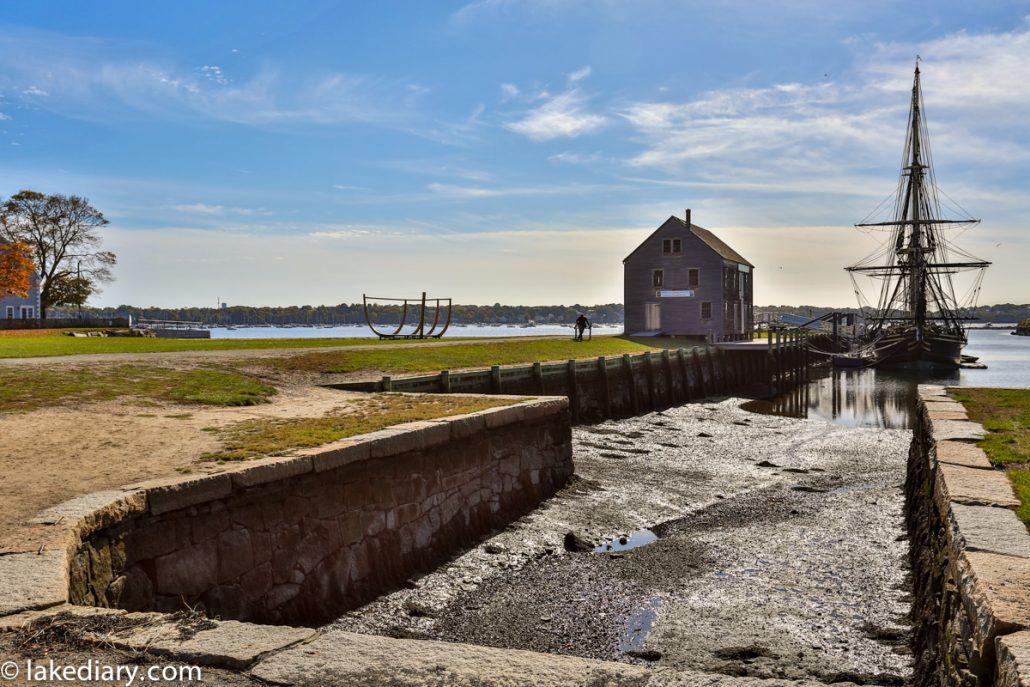 This grassy strip of land extending into the harbour once was a busy commercial land owned by Simon Forrester, one of American’s first Millionaires. In 1776, Simon Forrester married the aunt of author Nathaniel Hawthorne (The House of The Seven Gables) and raised 12 children.

Visiting the House of the Seven Gables 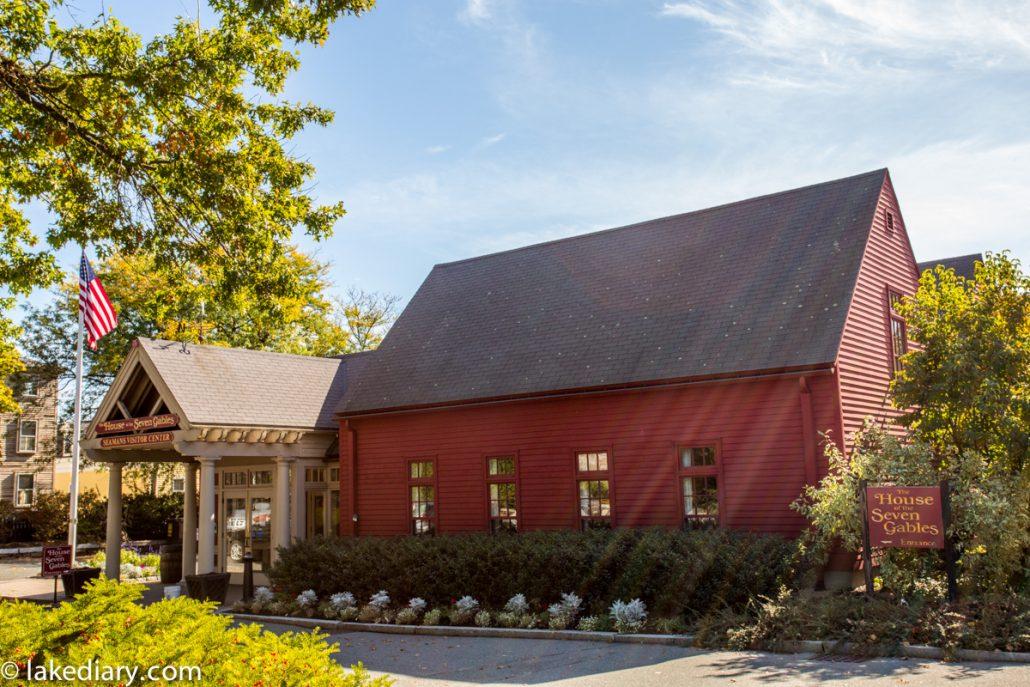 “What’s so special about this house?” I talked to myself loudly, not knowing why there were so many people queuing to get in the first time I walked pass the House of the Seven Gables 3 years ago.

“What’s so special about this house?” An order gentlemen standing in front of me turned around, repeated my ignorant question, then went on to give me a full explanation of the importance of this little red house.

Peadody Essex Museum is listed among the 20 largest art museums in America. Hence it  is a must see for museum enthusiasts. It hosts an amazing collection of American, Maritime, Asian art any where. Nevertheless, I’m still impressed a 200-year-old, 16-bedroom house from China is there too! I’ve never seen such a house in China (except the Forbidden City, which is comprised of lots of dark, almost empty rooms.)

Learn about the the history of Salem Witch Trial

The events that unfolded in Salem town and Salem Village (modern-day Danvers) more than 300 years ago have left an incredible mark on the history of American. Personally I think the “Witch” bit was a little overplayed in Salem tourism. However, it’s understandable as the Salem Witch Trial is such an important part of Salem history.

The most important one is The Witch House 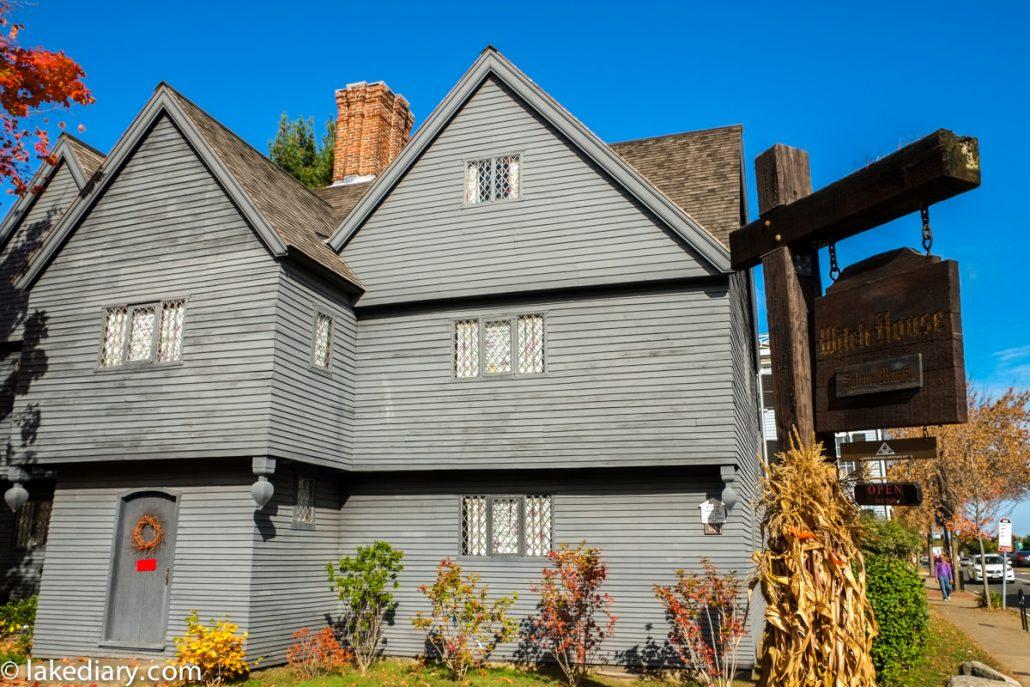 This is the only building with direct ties to the witch trials, the 17th century home of Judge Jonathan Corwin.

As a result of the popular Witch history, there are a couple of other sites in town.

It seems every cute house in Salem has a queue or some sort in front of it, and Salem has a lot of “American’s first” or ” American’s oldest”… something something. 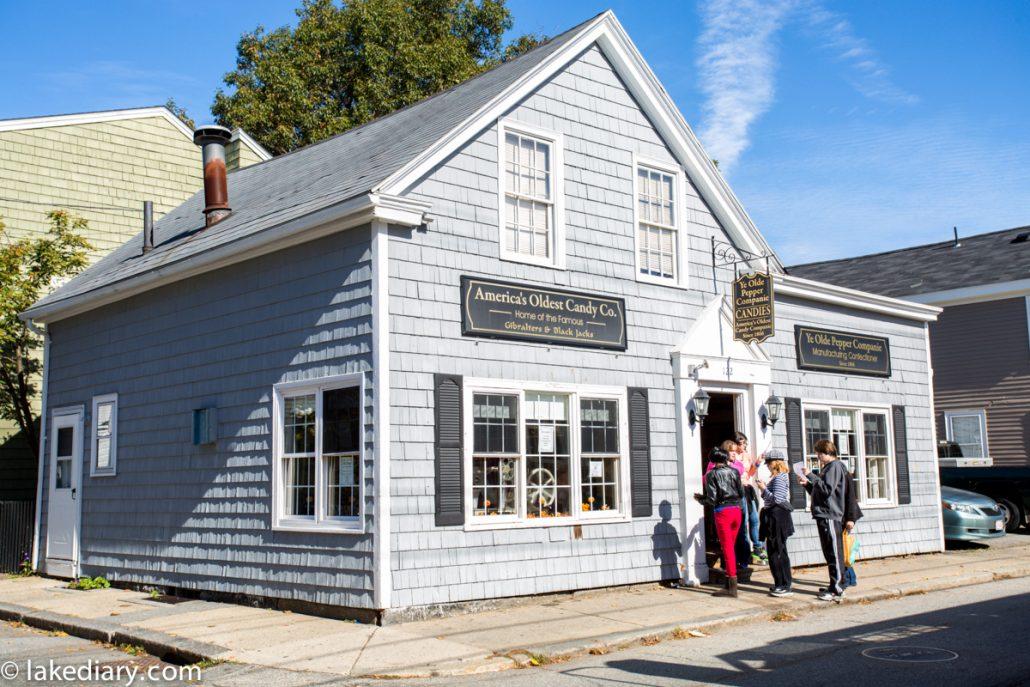 There are also a lot of shops for Gifts & souvenirs in Downtown Salem. While I wasn’t keen to pick up any witch hats or costume, we came across a machine at a shopfront that allows you make your own souvenir coins to take home! Isn’t that the cutest idea? 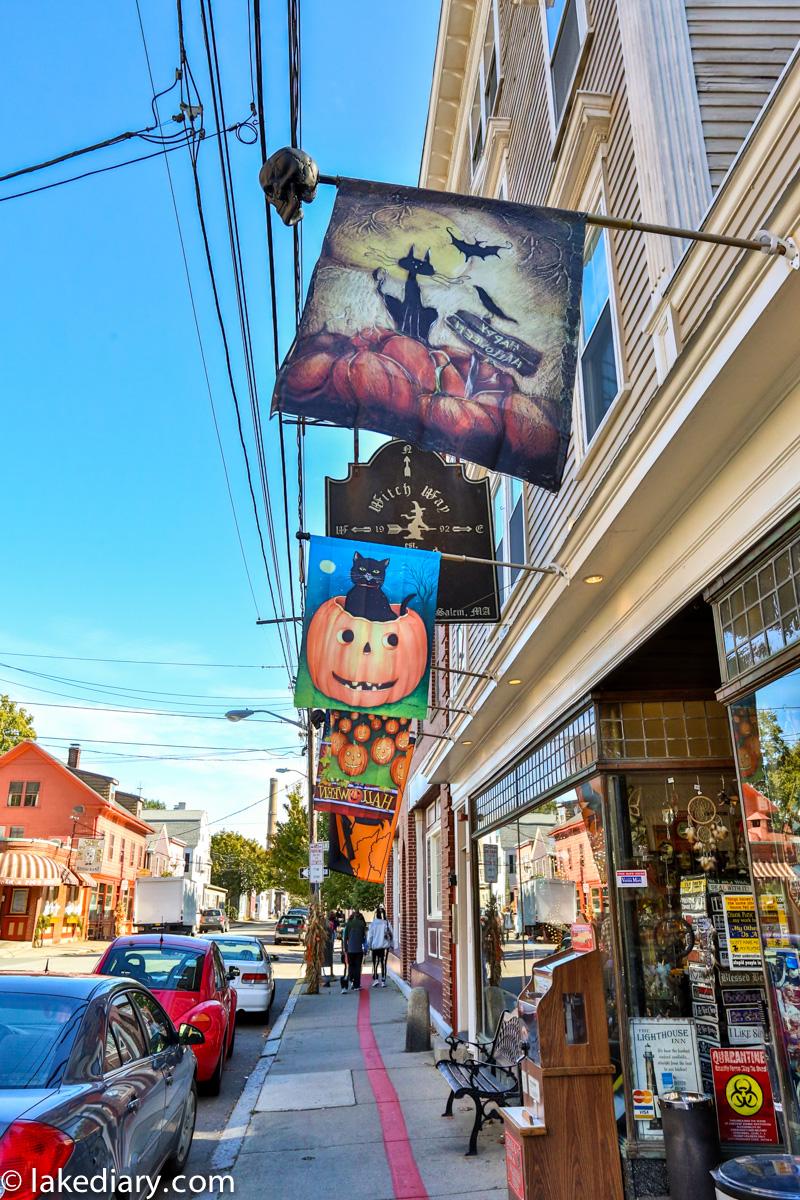 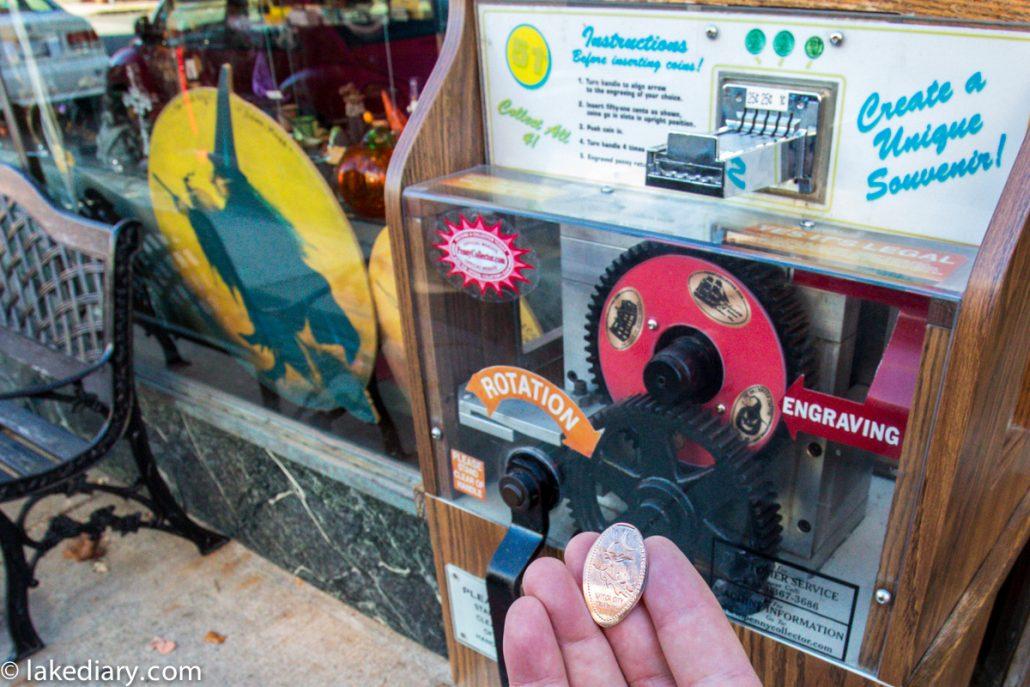