You are here: Home1 / Steve Carell

I had the opportunity to cover the Despicable Me 2 Australian red carpet premiere as a photographer a few weeks ago.

Miranda Cosgrove arrived on red carpet first, wearing a short black dress with a cute bow on the back. 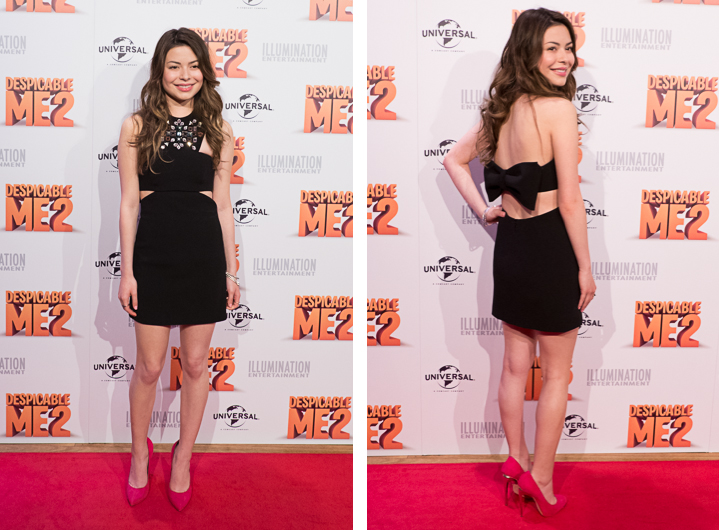 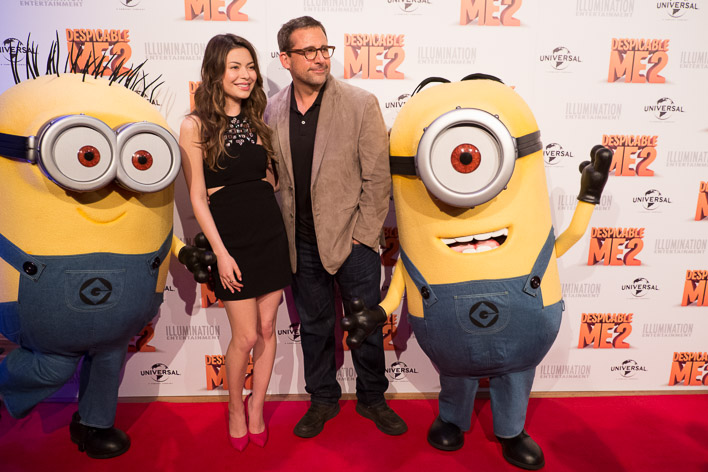 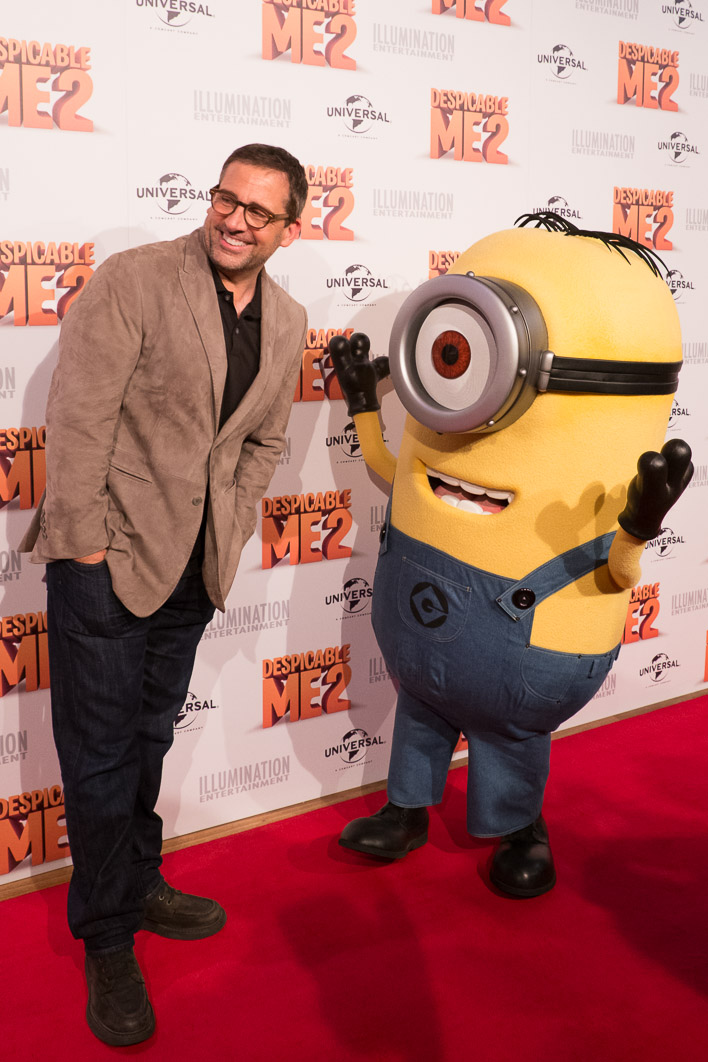 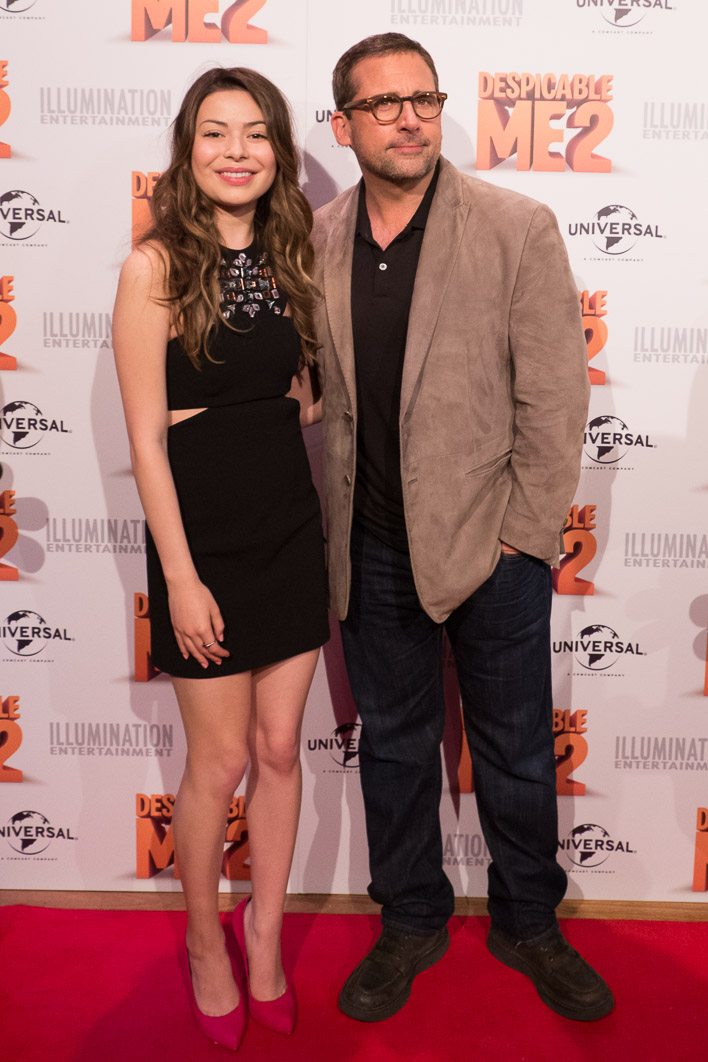 Here came a whole bunch of mini Minions – to- be. If that doesn’t make it the cutest red carpet movie premiere, I don’t know what will:). 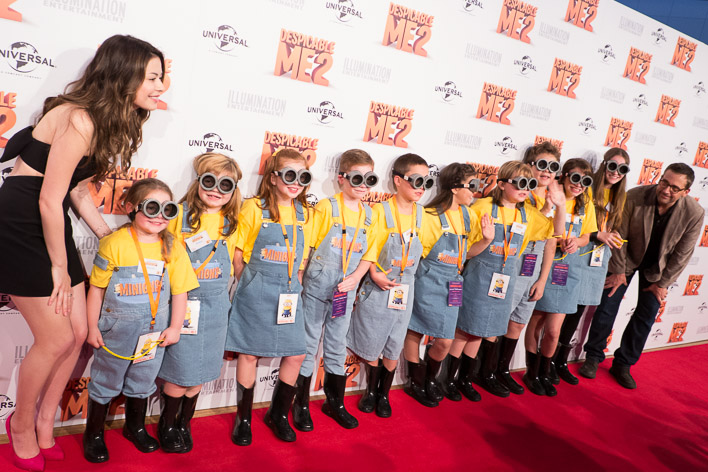 Steve played the part: his character Gru came out to yell at the mini minions, who burst into laughter altogether. 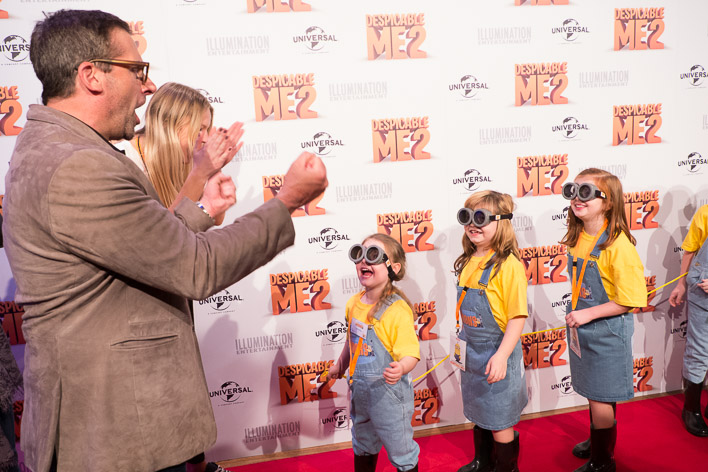 To top it all off, movie themed Minion cupcakes were served at Despicable Me 2 Australian Red Capet Premiere! Did I say the whole event was oh-so cute? 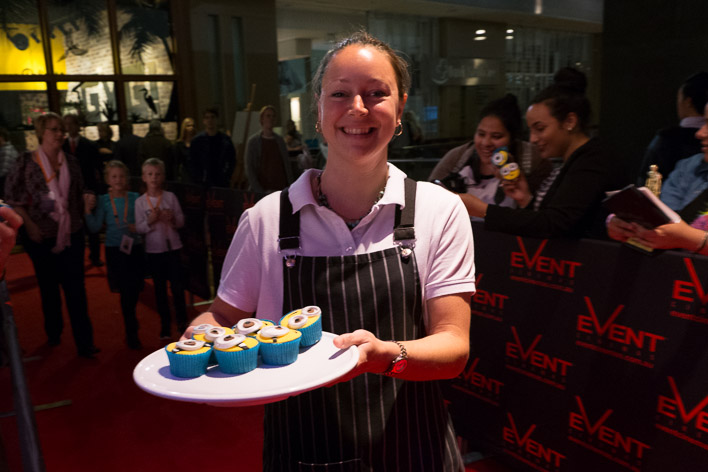 Gru is no longer a villain after saving his three adopted daughters Margo, Edith, and Agnes from Vector in the first film Despicable Me. His calm and unexciting new life takes an unexpected turn when he is recruited by Lucy Wilde and Silas Ramsbottom and is taken to the headquarters of the Anti-Villain League, a society dedicated to fighting crime on a global scale. There, he discovers that there is a new villain named El Macho on the loose. Because Gru was once a villain himself and knows how they think, Silas (the League’s head), wants Gru to help them fight the villain. With the help of Gru’s assistant, Dr. Nefario, his minions, Margo, Edith, and Agnes, Gru must save the world (“again”).