You are here: Home1 / cate blancehett 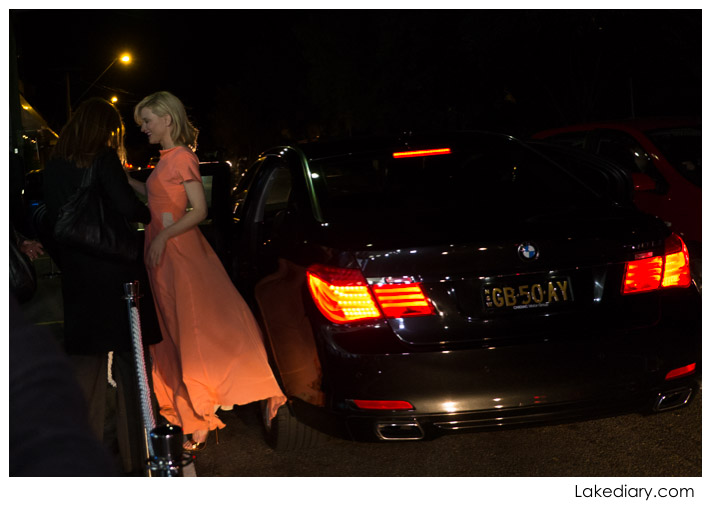 “How are you?” Greeting the media waiting in a chilly night of Sydney, Cate looked as gorgeous as ever on the blue carpet specially laid for the premiere.

“I’m not.” Cate smiled in her flowy, short sleeved gown.

We all laughed. I’m no Hollywood fanatic but who wouldn’t love her. Cate Blanchette is one classy lady who’s extremely intelligent and professional. Despite her super star status, she’s pleasantly down to earth. After posing patiently for photographers, she answered all media’s questions and signed autographs for fans in the cold. 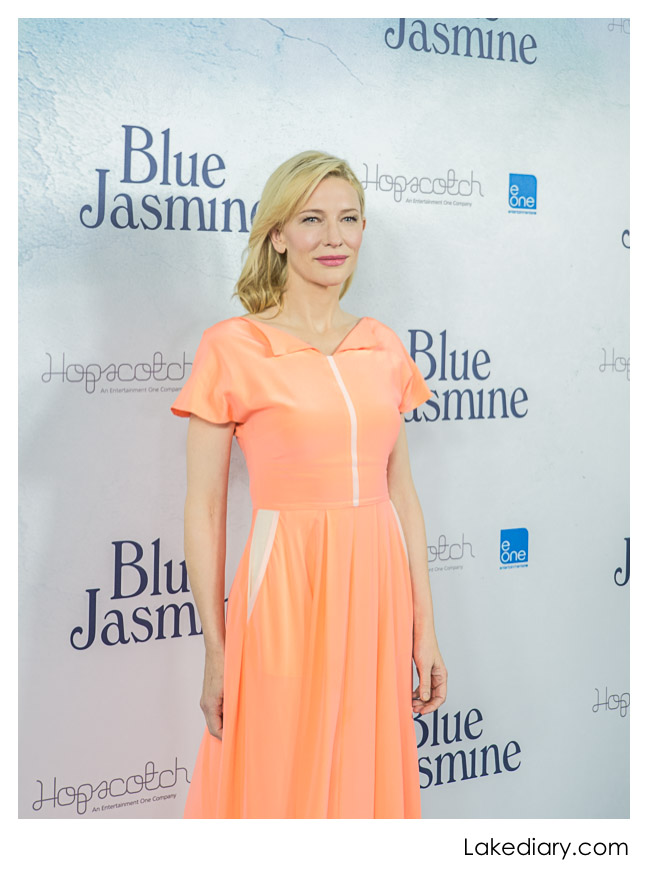 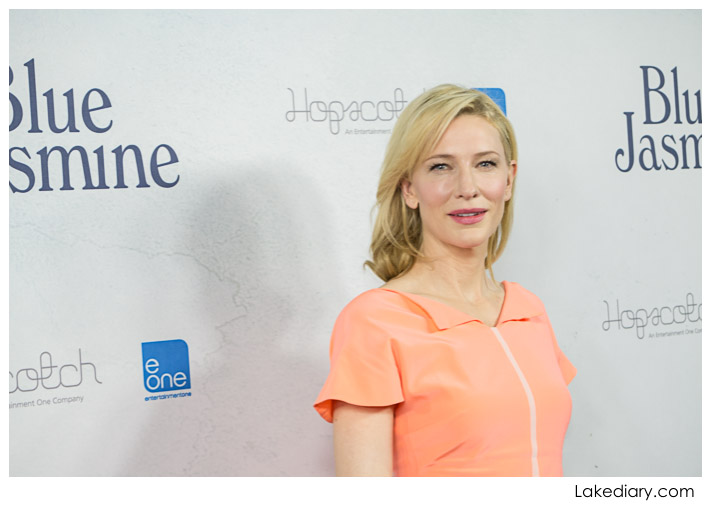 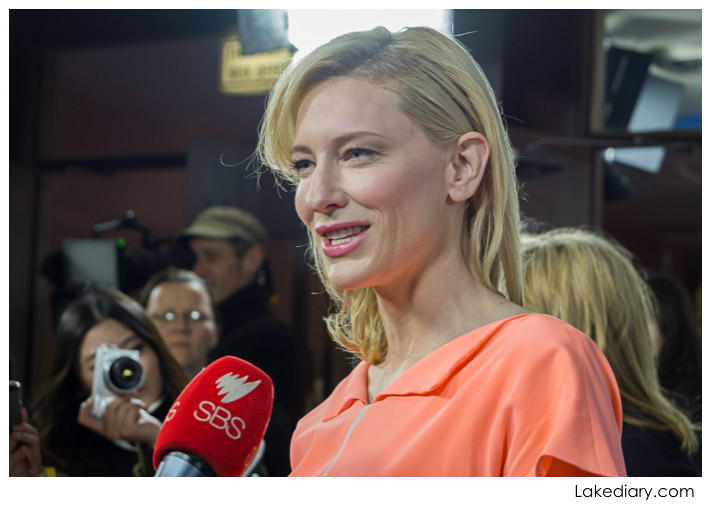 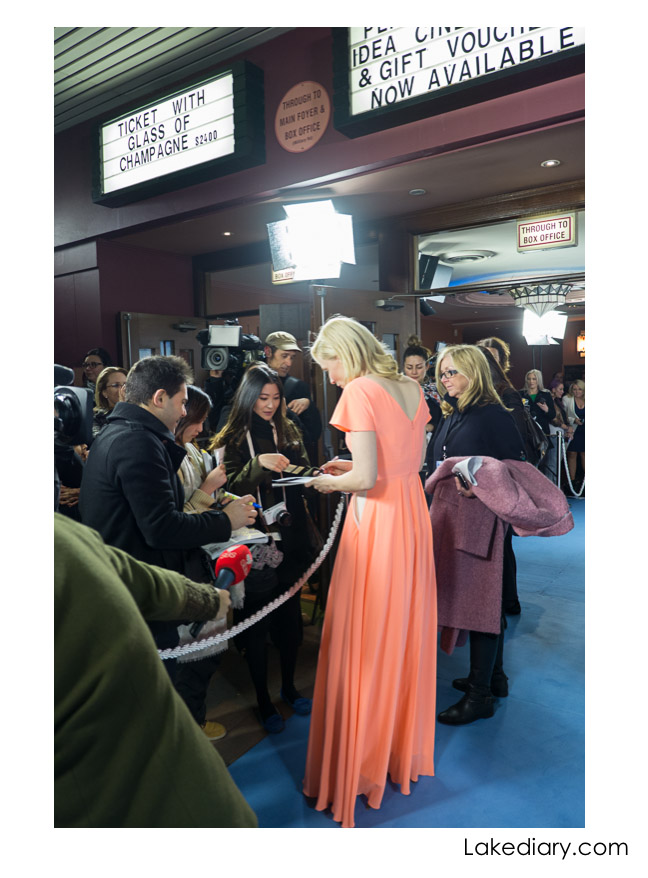 It’s still months  away from the Academy Awards, but Blue Jasmine is already a hit in the US  with Oscar buzz building for Cate’s performance for her role in the Woody Allen film. Blue Jasmine is Allen’s 44th film in 47 years and Blanchett’s first time working with this legendary director. When asked by the media what it was like to work with Woody Allen, Cate started with: “It’s intimidation to work with a hero…”

After everything in her life falls to pieces, including her marriage to wealthy businessman Hal, elegant New York socialite Jasmine moves into her sister Ginger’s modest apartment in San Francisco to try to pull herself back together again. Cate Blanchett stars alongside an incredible supporting cast in this emotionally powerful drama that is wise, tender and funny in equal measure.

Blue Jasmine will be released in Australia nationally on the 12th September 2013.