Fences were placed in front of World War II memorial. A sign ” because of the Federal Government SHUTDOWN, All National Parks Are Closed. ” stopped everyone right there. The SHUTDOWN in capital looks somewhat angry. 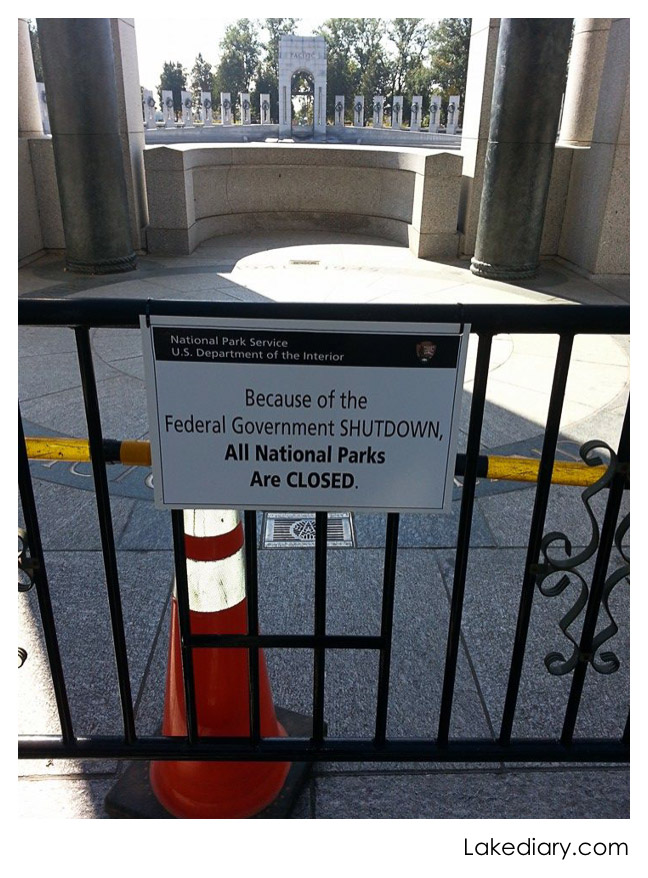 Though feeling strange, I wasn’t angry. World War II memorial is an open place so I could still possibly have a look at it without actually going in. But there were bus loads of angry people. 3 buses of WWII veterans were not impressed of being denied access to the memorial build in their honor. World War II memorial is normally just an open space without doors and fences. But because of the government shutdown (due to short of funds), extra fences were added around it to make it closed. We’ve never seen so many wheelchairs in one place and I started to feel for those veterans.

An angry tour guide was trying to call someone to rectify this situation. Many tourists from other States of America booked and paid their tours way in advance. They WANTED to walk inside WWII memorial and Lincoln Memorial Washington DC.

We kept walking around National Mall. It was hot and sunny day. Ducks were having a pleasant time relaxing around the Reflecting Pool. Lincoln Memorial on the other side of Reflecting Pool looked like a Greek Temple. Empty inside. Otherwise open to public 24 hours,  Lincoln Memorial Washington DC was closed by fences and a sign. People gathered outside the fences. Some looked confused. Some were trying to catch a glimpse of Lincoln Statue sitting in the dark inside the temple. Beyond the fences, the Lincoln Memorial looked deserted. Journalists were interviewing visitors outside the fences. I tried to have a “been here” photo taken. 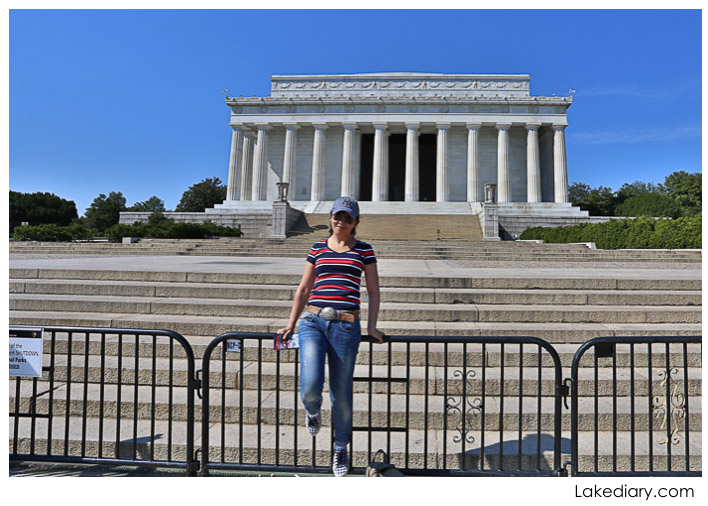 Obviously it’s an awkward picture. I wasn’t quite settled in front of the fence and you can see the same SHUTDOWN sign on the side. It was an awkward situation.

So no, we didn’t  inside Lincoln Memorial Washington DC. Not that I’m complaining. I could still find out more details from Google after all.