I went to do Bikram Yoga not because I wanted to be cool or anything, it was because I had no idea what we were up to. It happened that I had some hip friends at the time and they dragged me to the yoga class one day. I still remember that day. There was a big empty room for people to put bags and shoes with big filtered water bottles. Next to it was this hot Yoga room with floor to ceiling mirrors at the front. I stayed at the back row, trying to follow the teacher’s verbal instruction and experienced students in front of me with great difficulty. But really, most of the time I was doing the “dead body pose” (pose number 13), the only one pose I could master from the very beginning. 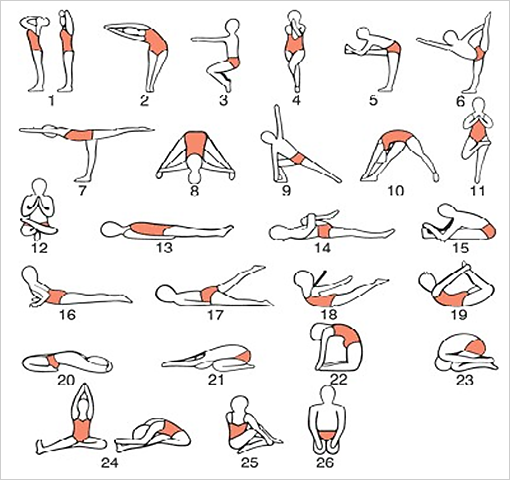 What Is Bikram Yoga?

Bikram Yoga is a unique form of Yoga that it is practiced in a room heated to 37- 40 degrees. It comprises a series of 26 postures and 2 breathing exercises designed to scientifically warm and stretch muscles, ligaments and tendons, in the order in which they should be stretched. Each Yoga pose except post 25, Spine – Twisting Pose is repeated twice during the practice. One class lasts 90 minutes. You are supposed to hold one post for 1 minute. It is the repetition of Bikram’s yoga series that allows beginners to develop concentration and body mind awareness.

A lot people can’t stand the heat. But I didn’t mind it at all. There are a few reasons as to why it is beneficial to practice it in a hot room:

I was hooked to Yoga for life because of Bikram Yoga.

In front of Cologne Cathedral, if only I could fly up to the top 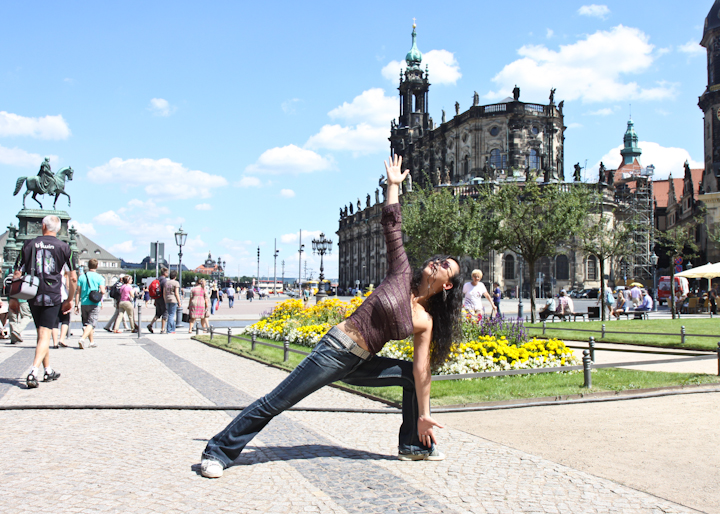 Back in early 2000 before 2006, Bikram Yoga in Sydney was HOT. I mean, not only the temperature, Bikram was THE Yoga style of the era. Lots more Bikram studio opened since the one in Brookvale. Each one followed the tradition to have a introductory 10 days pass. For $20 you can practice as much as you can in the first 10 days. Every now and then, there was a new Bikram Yoga studio open. My friends and I almost tried each one of them in Sydney. Bikram offers Yoga training program in LA, USA, a lot of early students took it and became Yoga teachers later on. From what I can see, Bikram Yoga in Sydney is becoming less and less popular nowadays. People are still practising Bikram Yoga. It’s just that less and less people are keen on it. Over the years a lot yoga studios changed owners. Lots of yoga studio changed yoga-teaching style to other forms of yoga. Yes, Bikram Yoga a beginner’s Yoga class and the 26 poses never change. If you think Bikram Yoga is hard, try hot Power Yoga:).

There are still quite a few good Yoga studios that practice Bikram Yoga in Sydney.  It’s better to find one close to your home or work so that you don’t have to travel too far. If the idea of sweating for 90 minutes doesn’t scare you, Bikram yoga could be the beginning of your yoga journey.