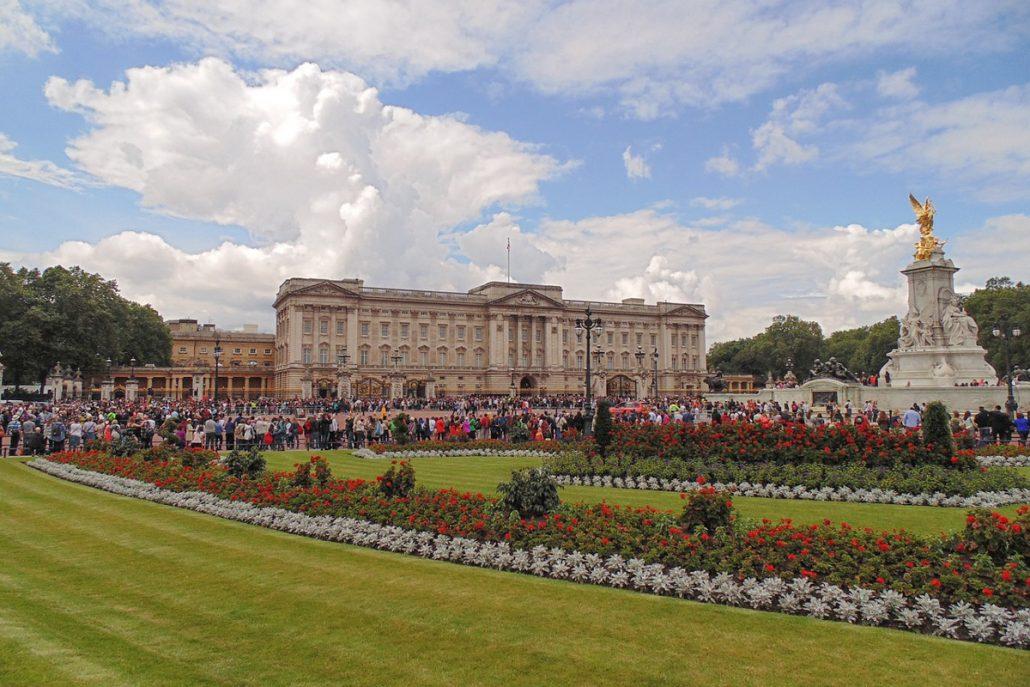 For millions of visitors, Buckingham Palace is one of the most iconic sights in London, and indeed in entire England. The palace started as the Buckingham House in 1761 when George III bought it for his wife, Queen Charlotte. Later, the house was transformed into the palace we know today by George IV. However, the first sovereign to take up residence at this palace was Queen Victoria, who moved there in 1837. Today, this palace is the official residence of the British royal family.

The Holiday Inn London West is one of the best hotels in Acton, takes pride in this British icon, which is the queen’s official and main royal London home. They suggest that cheap & budget hotels in Acton can be a great way to save money that can then be spent on sight-seeing and souvenirs.

But what makes Buckingham Palace so special, apart from the fact that it is home to the royal family? When you make your way through Buckingham Palace, the first thing that catches your eye is the flag on the roof. Once inside, you can actually go clock-spotting, with more than 350 clocks and watches throughout the palace, the largest collections of working clocks in the world!

Apart from this, make sure you see:

Buckingham Palace has 775 rooms, including the 19 State Rooms and 78 bathrooms. The Staterooms are lavishly decorated public rooms where the monarch receives, rewards and entertains her subjects and visiting dignitaries. During the royal wedding of the Duke and Duchess of Cambridge, or our very favourite, William and Kate, several of them were used for the reception. These rooms are awash with sparkling candelabra, marble columns, sumptuous carpets, damask wallpaper, sculpture, fine furniture, and multiple works of art.

The magnificent bronze staircase was designed by architect John Nash, as part of his commission to remodel the palace for King George IV from 1825 to 1830. The impressive double balustrade features an intricate pattern of acanthus, oak and laurel leaves. It represents some of the world’s finest bronze casting work. But that’s not all, the stairs are lit by an etched glass dome in the ceiling. You can easily visit the palace to see this sight and more by opting to stay at hotels close to Wembley Stadium & Twickenham.

On your tour, you’ll come across paintings by Van Dyck, Rubens, Rembrandt, Vermeer, Poussin, Canaletto and Claude, as well as sculptures by Canova and Chantrey. You’ll see some wonderful portraits of past and present royals in the State Rooms, including those of Queen Victoria, George III and Queen Charlotte, and, of course, the current royal family.

The majestic Throne Room contains the thrones that are used for investitures and ceremonial receptions, such as at The Queen’s Jubilee. The room also doubles as a ballroom on occasion. The room has famous royal wedding photos including those of Princess Elizabeth II and The Duke of Edinburgh in 1947.

Covering an impressive 39 acres, and containing more than 350 types of wildflowers, around 200 trees and a three-acre lake, the garden at the Buckingham Palace will leave you awestruck. The Queen’s annual Garden Parties are also organized here. Don’t miss the tennis courts where King George VI and Fred Perry played in the 1930s.

When planning a trip to London, check out hotels in Acton and hotels close to Wembley Stadium & Twickenham so that you have easy access to all the important sight-seeing locations.

Plan A Food And History Weekend In Malaga

Enjoy a Great Show While You are in London