Louis Vuitton luggage is not your normal backpack or suitcase. Before Louis Vuitton (the designer and founder) started his own box-making and packing workshop, he was making luggage for the French royalty. Out of all those skilled travel box makers, Napoleon III of France picked Louis Vuttion as the trunk maker to make travel luggage and suitcases for his wife Empress Eugénie de Montijo in 1852. Yep, he was that good. The empress charged Louis Vuitton with “packing the most beautiful clothes in an exquisite way.” And he didn’t disappoint. 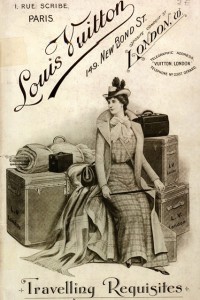 (photo from the Internet)

In 1854, Louis Vuitton opened his own box-making and packing workshop in Paris. The sign outside the shop read: “Securely packs the most fragile objects. Specializing in packing fashions.” Four years later, Vuitton debuted an entirely new trunk. Instead of leather, it was made of canvas that was lighter, more durable and water proof. Unlike all previous round trunks, Vuitton’s trunks were stackable, rectangular shaped—making them far more convenient for shipping via the railroad and steamship. Most commentators consider Vuitton’s trunk the birth of modern luggage. Demand for Louis Vuitton luggage was increasingly high, In 1859, Vuitton expanded into a larger workshop in outside Paris. Personal orders for Louis Vuitton luggage was not only received from French royalty but also from Isma’il Pasha and the Khedive of Egypt.

The iconic travel bag in Louis Vuitton luggage line, LV Keepall bag was debuted in 1930. In 1997 Marc Jacobs was appointed the house’s first creative director and was charged with introducing men’s and women’s ready-to-wear collections. At the time, Jacobs told US Vogue: “What I have in mind are things that are deluxe but that you can also throw into a bag and escape town with, because Louis Vuitton has a heritage in travel.” The house has cultivated a strong celebrity following under Jacobs’ direction. Many models, actors and musicians have been the face of the brand.

June 2012 – Muhammad Ali was photographed with his grandson and a Louis Vuitton keepall bag in his Arizona home. Photo by Annie Leibovitz for the label’s latest Core Values campaign. 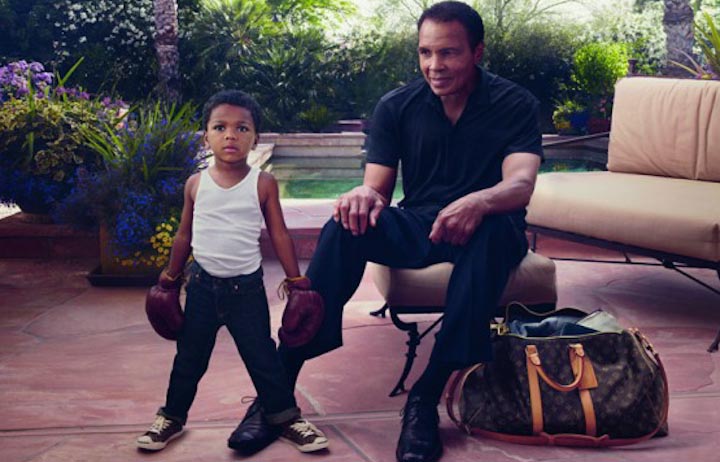 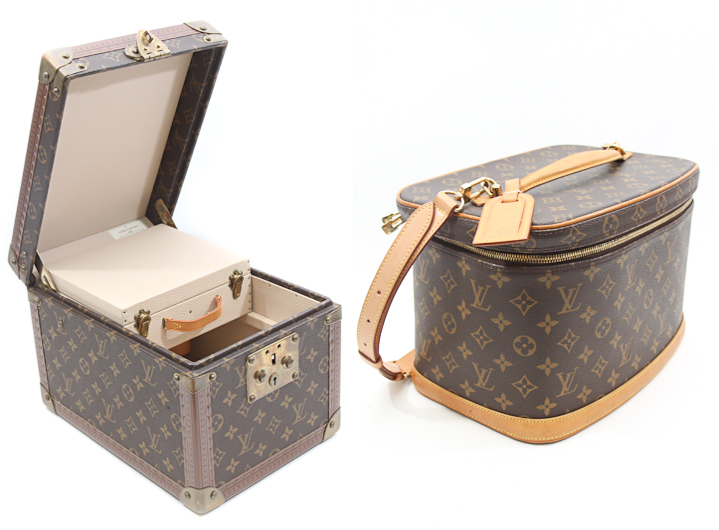 To date, the monogrammed Louis Vuitton luggage holds claim to being one of the world’s most recognised and iconic fashion creations of all time. It is not hard to understand why once you start using it. It’s the best:).