Two sisters were robbed at gunpoint in Central Park New York last Sunday around 9.45 pm. The two sisters were tourists visiting New York city from California. What a disaster, to be held at gunpoint when all they expected was to enjoy the peacefulness and beauty of the park.

What a shame, Central Park New York has so much nicer things to offer.

We liked Central Park New York very much, of course we’ve never been there at night. It’s a luxury to have such a massive, open, green space on populated Manhattan island. Center Park provided us a good place to recharge and escape the shadows of skyscrapers in Downtown and Midtown Manhattan. We took our time walking around the park, people watching and taking random shots (with a camera). 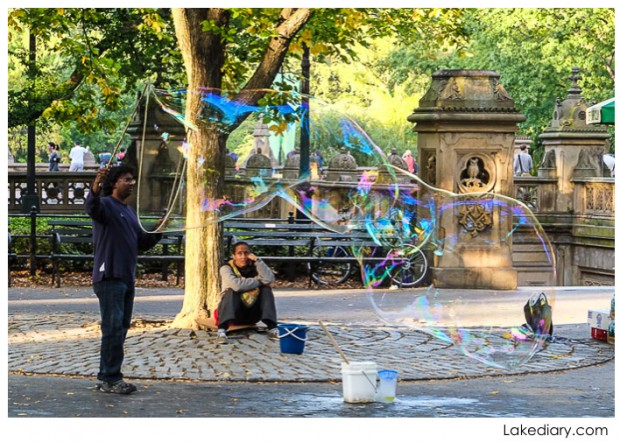 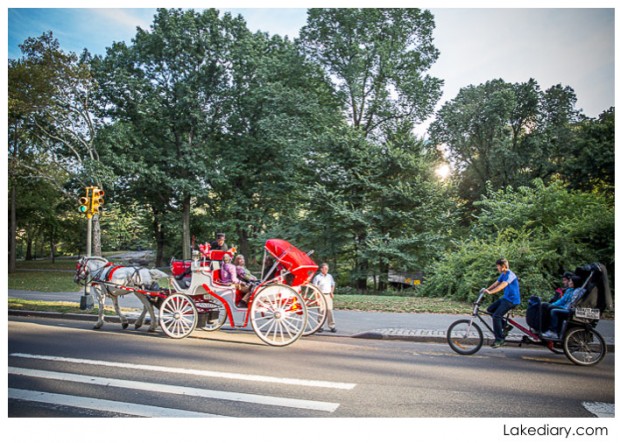 Rickshaws in Central park charge from UD$ 3 – 4.95  a minute. That US$ 180 – 300 per hour. The only skill required for this job is to know how to ride a bicycle. Not bad hey, considering the high jobless rate in America. The horse carriages are charging not any less but these people have to buy horses and maintain them.

Not so pretty fences

There are some rather primitive black plastic fences around the grass in central park here and there. Pictured below is one of the more presentable ones, which at first I thought was a distraction of the nature beauty of the park. However I realize now that maybe it’s necessary after learning about the crime rate of the park after 9pm. 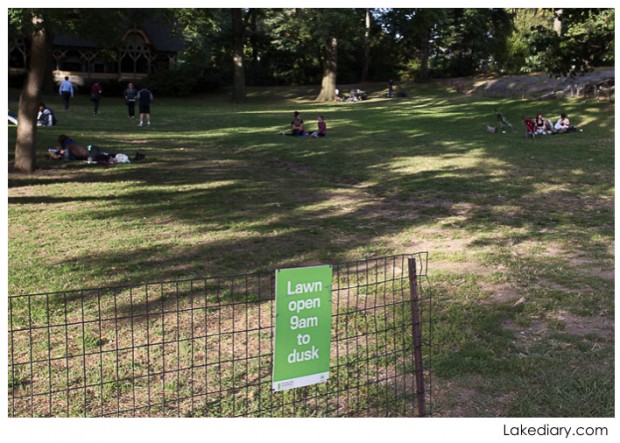 The most portable massage

It looked like some sort of ancient punishment from a distance. But wait, these people might have been actually enjoying themselves. Have a sore neck from walking around? Take a seat. 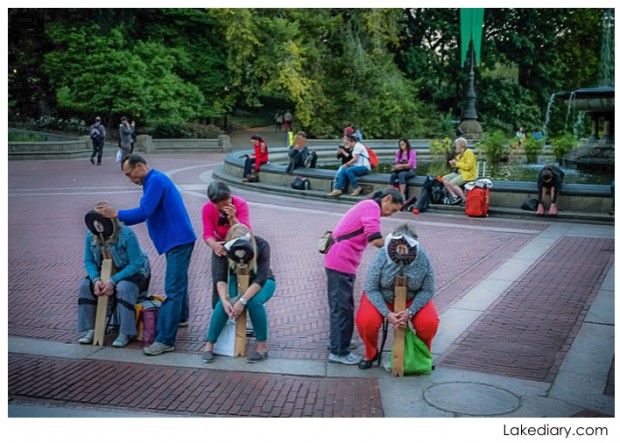 Apartments along 5th Avenue overlooking Central Park are the homes of rich and famous. People regularly point it out to us: That’s the apartment Jacqueline Kennedy Onassis used to live; see that one? That’s Tom Hank’s New York apartment. These hot properties are rarely available for sale. If they do, there’s hardly anything can be snatched up for less than a cool US$ 20 Million.

Right in front of these expensive apartments and Central park stood a man collecting donations for New York City Homeless Advocate. But why? It doesn’t make sense. Why choose New York city to be homeless in. So many other places in American are actually affordable and nice too. People consistently complain how expensive it is to rent a tiny, closet sized apartment in New York city. I reckon a lot people in this world would be homeless if they insist to live in New York City instead. 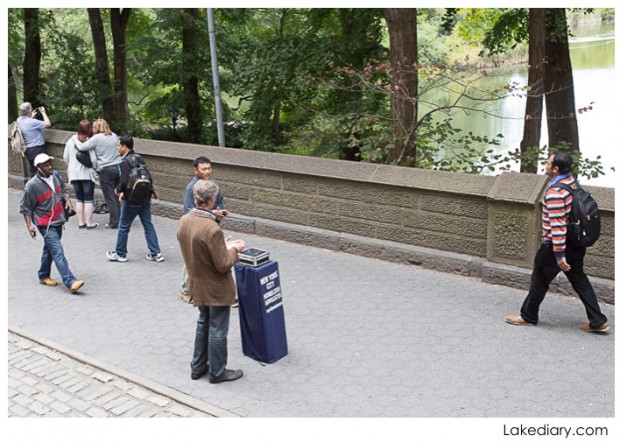 Pretty as a picture

Central Park is picturesque and enjoyable. You have to see it yourself to appreciate it more. 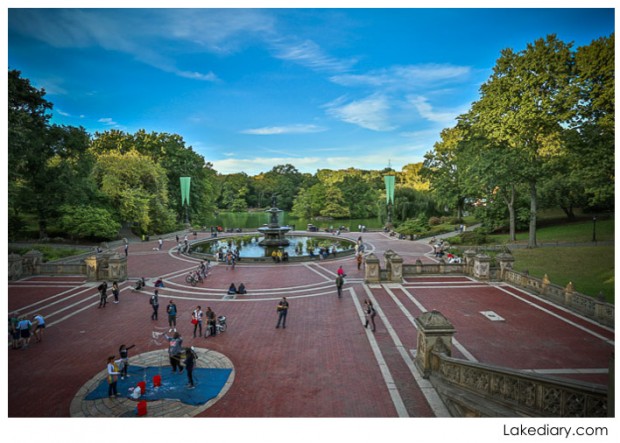 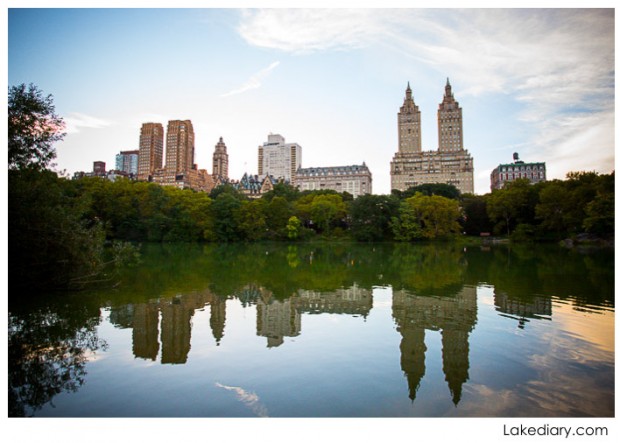 On the way out of Central Park, a couple dressed nicely in suits approached us and asked if we could take a picture of them together. J happily took a few photos of them with the lake in the background. “We got married just now!” The woman couldn’t contain her happiness. Oh wow. We congratulated them in equal excitement and left the park, smiling.