Singapore often tops the list of countries expats enjoy. It’s no accident either. The city-state has historically made efforts to attract talent from all over the world, and they aren’t shy about doing things very differently from the rest of the world to make it happen.

Singapore continues to attract expats despite facing many disadvantages compared to other countries that also rate highly among expats, such as New Zealand, Canada, and Germany. For one thing, it’s quite expensive to live in Singapore, and its cost of living is consistently among the highest in the world. For another, it’s also one of the most densely populated cities on the planet. It’s also by some measures, an authoritarian state, which often makes it the target of criticism in Western countries.

However, none of those details seem to dissuade most expats from choosing Singapore. Here are several reasons why the micronation continues to be a virtual giant when it comes to attracting the world’s top talents. For more ideas of what to expect in Singapore, check out Living in Singapore: A Complete Singapore Expat Guide.

Singapore has one of the lowest crime rates in the world. That’s not to say it’s crime-free — it does have its share of pickpockets and occasional corruption scandals. But chances are your own hometown probably plays host to more crime in a month than Singapore does in a year. The famously draconian justice system is one of the pillars of Singaporean society, and most citizens and residents won’t trade it for anything else.

Singapore’s educational system has proven attractive to many expats who want their children to have access to an excellent, well-funded education. The country frequently tops lists of countries with excellent educational systems and it is also a regional mecca for advanced education in technical fields.

Singapore has one of the most efficient healthcare systems in the world, and certainly in the region. Technological investment in this area is among the highest in the world, with cutting-edge equipment and techniques readily available. It’s also incredibly inclusive. All Singaporean residents and those classified as Permanent Residents have access to state health insurance through MediShield Life, which covers basic treatments at public hospitals and other designated centers. You can even pay a little more so you have wider access to different hospitals and procedures.

However, despite the availability of state-backed insurance, medical care is still quite expensive in Singapore. Patients now have to pay at least part of their bill and expats without Permanent Resident status can expect to pay hefty fees out of pocket. In a country where even a 5-minute procedure can set you back over $100, it makes sense to get international health insurance from a specialized insurer such as Now Health International before making the move to Singapore.

Even with the high costs of healthcare are comparatively when compared to the high salaries provided within the city-state. This is the chief reason so many expats find their way in Singapore as it has some of the world’s highest wages even while having a reasonable (though not cheap) cost of living. This makes it easy to save up to start a new business back home, travel, and generally have a better quality of life.

To put things into perspective, annual surveys by different companies pegged the average expat salary worldwide at an already substantial $97,000. In Singapore, expats earn an average of $139,000, which is around 43% more than the world average. The city-state, while expensive to live in, isn’t typically as expensive as other world cities to live in, means earners still get to save more of what they get.

The other side benefit to these high salaries is that expats surveyed often note that getting a salary boost in Singapore also greatly boosts their ability to get high salaries even if they move out of Singapore. This makes the country highly attractive to young talents with fresh new ideas as well.

5.) A vibrant culture and arts scene

The country is a hotspot of international world culture. It has this place for the very same reason it attracts so many expats in other industries. The educational level, salaries, and the mix of different cultures of the different people that live in Singapore contribute to a very fertile ground for culture and the arts. People in Singapore generally have the means to spend money on the arts and good artists are more likely to be able to support themselves in the country, in contrast to the steeper uphill battle artists may face in other countries.

If you’re the type of person who likes a bit of poshness in their lives, Singapore gives you access to some of the best food, fashion, and tech items in the world, and often for a much lower price than you expect. Apartments might be expensive, comparatively, but they tend to also be quite luxurious than the norm in the rest of the world. Singapore also has much lower pollution levels than most other dense urban centers thanks to the government strictly regulating and discouraging the use of cars while encouraging the adoption of green technologies. 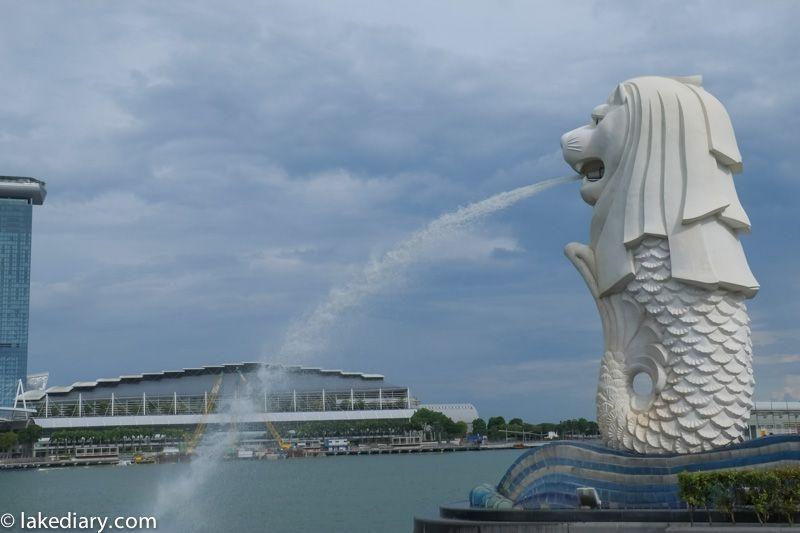 7.) What might be the best food in the world

Most expats agree that eating out in Singapore is an insanely good experience. You can get a Michelin star meal in Singapore for less than $4 US equivalent. Just let that sink in. And there are tons of comparable, if not arguably better, options for food at that price range or lower. Food is perhaps the only thing that has really bound the different ethnicities that have populated Singapore in its relatively short history, and it still continues to bind and strengthen the Singaporean identity today.

With the influx of high-earning, highly-educated expats, international cuisine is also quite well-represented in the city-state. New concoctions that combine the best of cuisines from all over the world are also being made in kitchens throughout this small country every single day, making it a vibrant melting pot of culinary expression no other country can quite compete with.